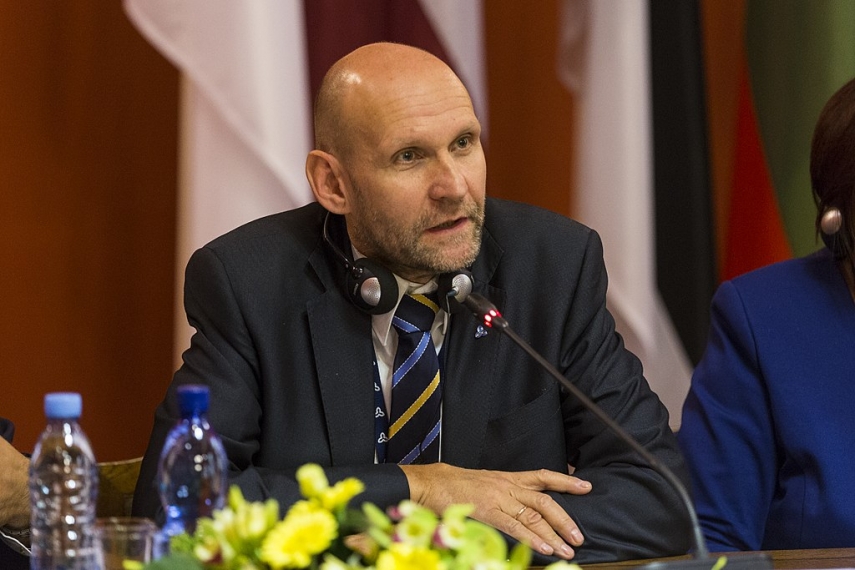 TALLINN – The extended board of Pro Patria and Res Publica Union (IRL), one of the two junior members of the three-party coalition governing Estonia, on Saturday endorsed Pro Patria as the party's new name.

The extended board also adopted a document setting out the party's world view.

"Our party represents the nationalist-conservative world view. This is positive nationalism, the aim of which is nothing less than to preserve and maintain the Estonian state, the people, the language and the culture. The preservation of our state is guaranteed by independentr defense capability, good allied relationships and membership of international organizations. The preservation of our people is guaranteed by valuing of the family, because a sustainable society can only be based on a strong family and children," chairman of the party Helir-Valdor Seeder said in a press release.

"Estonia will become stronger through balanced development and readiness for sensible novel solutions, not through revolutionary slogans. Transition to an Estonian-language and united education system is the cornerstone of integration and cohesion of the society," Seeder added.

Sester described the name change as altogether logical, because the former Pro Patria Union and Res Publica became one already a long time ago.

"Respect for human dignity and human rights is the cornerstone of the conservative world view of the Pro Patria party, and the civic responsibility going with them is the key to Estonia's success. Our responsibility rests on the preamble of the Constitution of Estonia. Therefore let me emphasize that for Pro Patria it is important in the first order that the language of instruction in kindergartens and general education schools must be Estonian. Based on that, Estonian-language higher education and research must be developed," Sester said.

Both documents will be submitted to the congress of the party that will gather in the county town of Viljandi on June 2.