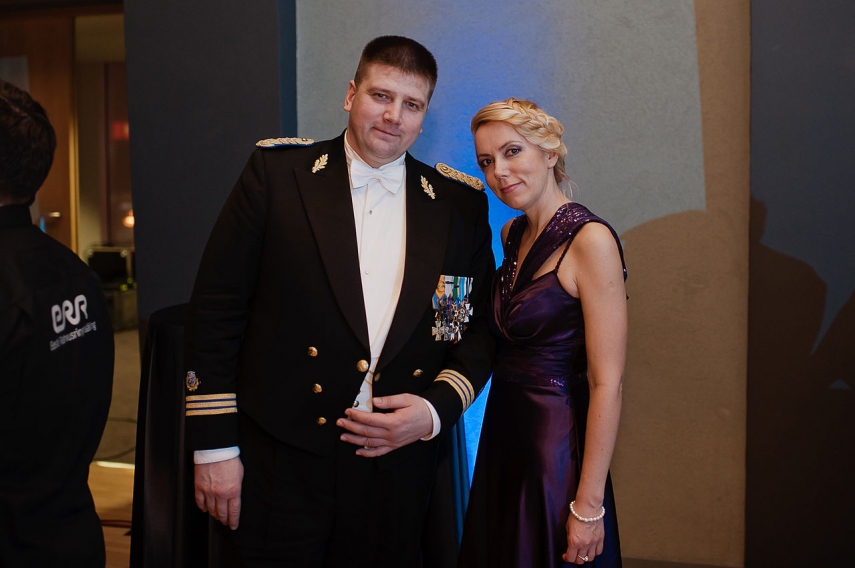 TALLINN - Representatives of the European Union Strategic Committee on Immigration, Frontiers and Asylum (SCIFA) and the High-Level Working Group on Asylum and Migration (HLWG) at Tallinn Creative Hub on Tuesday and Wednesday discussed the situation in the Central Mediterranean and the implementation of European Commission's proposed plan of action to alleviate the situation.

Emphasizing the topicality and importance of the themes of the meeting, Estonian Interior Minister Andres Anvelt remembered the unity between the walls of the Tallinn Creative Hub only a week ago, spokespeople for the Interior Ministry told BNS. "Italy is not alone in its concern. Italy must be helped and it must be done quickly," Anvelt said. "The interior ministers of the European Union have given their political assessment of the situation. Now an agreement must be reached on how to carry out the European Commission's proposed plan of action and stop illegal economic migration."

The first topic to be discussed was the continued discussion on migration, which started last week. The main question to be discussed was the situation of illegal migration in the Central Mediterranean, mainly on the Lybia-Italy route, and the possible ways to impede it. Migration to Europe has decreased approximately 75 percent compared to last year. This is mainly thanks to the functioning agreement between Turkey and the EU.

However, the situation in the Central Mediterranean is the opposite. While more than 71,000 people reached the EU through the Central Mediterranean in the first six months of 2016, then this year, the number of people who have crossed to the EU is more than 85,000 people already. This has put Italy under a disproportionately large amount of pressure. Member states gather in Tallinn were given an overview of the kind of efforts Italy and the European Union have made to solve the situation. The member states also affirmed their wish to help Italy by promising to accelerate the reviewing of applications for international protection, sending people from the member states to help in Italy, if necessary, and to promote the voluntary returning of immigrants.

The first day of the meeting ended with a discussion on the future of the EU visa policy. Most of the member states agreed that the EU visa policy needs refreshing. Both in order to increase the sense of safety of Europeans as well as promoting tourism to the EU and thus energizing the local economy. One of the options discussed was e-visas or put more simply, the digitalization of visas, which would decrease the amount of red tape and the time spent on applying for a visa.

The central topic of the second day was the standardization of the EU land border. The joint European border regulations stipulate what kind of control should exist at border crossing points, but the surveillance of the area between each border crossing point has been left for each member state to decide. "Considering the current security situation and the challenges concerning migration, it is extremely important that the external border of the European Union be protected everywhere. It is a common truth that every chain is as strong as its weakest link. In a situation where control at border crossing points has become stricter, illegal immigrants are trying more and more to cross state borders from areas between the border crossing points, which are not protected as strictly," Raivo Kuut, deputy secretary general of the Estonian Interior Ministry who also led the meeting, said.

"The wish of the member states resonating at the Tallinn Creative Hub was to strengthen border surveillance and harmonize the strategies and tactics of guarding the border. However, it is important that we not forget during the standardization that each border has its specific characteristics, which must be taken into account," Kuut said.

The question concerning the Central Mediterranean will be under discussion in different EU work groups in the next few weeks. Discussions concerning visa and border questions offered a substantive input to the interim review of the European Agenda on Migration adopted in 2015, which is to be published by the European Commission this fall.