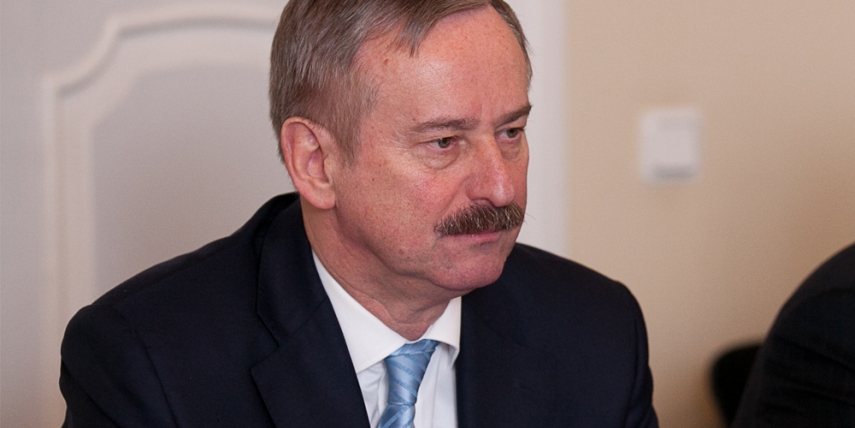 TALLINN - Siim Kallas and Allar Joks, neither of whom were elected as Estonia's new president in the second round of the election in the electoral college today, both announced that they will not run in the extraordinary election round in parliament.

Kallas told public broadcaster ERR that he was prepared for many ballots to be left unmarked. "I will definitely not run in the parliament. Others will have a chance to try," he remarked, adding his belief that the situation is a major constitutional crisis.

According to Kallas, the procedure for presidential elections clearly must change, but there is not enough time to make alterations during the current process.

Joks also verified that he no longer wants to run for president. "I will return to productive work," he said, although he did not call Saturday's events a crisis.

Siim Kallas earned 138 votes and Allar Joks 134 in the second round in the electoral college, while 57 ballots were left unmarked and 3 were invalid.

The next step in the election process is an extraordinary presidential election, which will be held in the parliament in two weeks. Current Estonian President Toomas Hendrik Ilves proposed holding the next round of voting on Oct. 3.

"I thank the candidates. Unfortunately none of them got the necessary support, also in the electoral college. We are facing a new situation now and need new candidates. I hope that the Riigikogu will elect Estonia's next president this time," Ilves was quoted by spokespeople as saying.

"I also hope the parliament learns from the present rollercoaster of a presidential election,” Ilves said, expressing a desire for parliament to quickly decide on the necessary constitutional amendments to avoid similar situations in the future.

In the first round of voting in the electoral college no candidate earned the required simple majority of votes today. Therefore, the top two candidates, Allar Joks and Siim Kallas, advanced to the second round.

A total of 334 electors participated in the first round of voting and there were no invalid ballots. Allar Joks earned 83 votes, Siim Kallas 81, Mailis Reps 79, Marina Kaljurand 75, and Mart Helme 16.

One elector, MP Rein Ratas, was unable to attend the electoral college due to poor health.

The second round of voting took place later in the day.

While Kaljurand left her position as Estonia’s foreign minister in order to run for president, she stated today that she does not regret having done so.