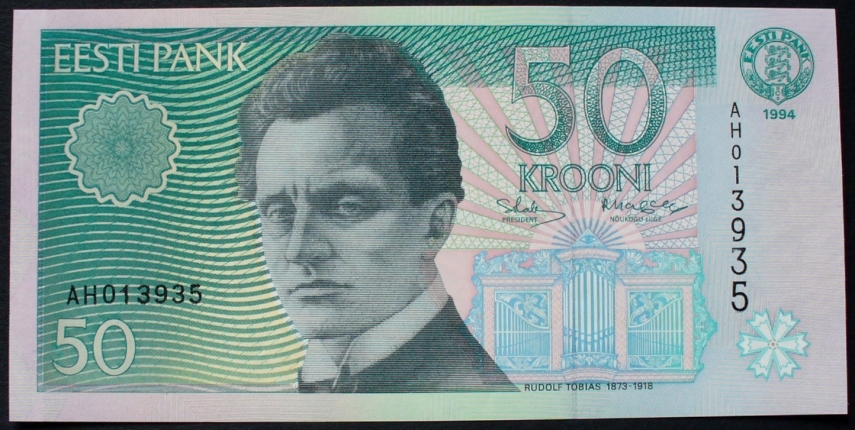 Although it's now over four years since Estonia adopted the euro, Eesti Pank (The Central Bank of Estonia) has estimated that Estonians still have 47 million euros worth of kroons in their possession.

Eesti Pank spokesman Viljar Rääsk said that a total of 40.4 million euros in banknotes and 6.75 million euros worth in coins have still not been returned from circulation.

The Estonian kroon was first introduced in 1928 during the country's first period of independence, replacing the Estonian mark, which had been used previously; it remained in use until 1940. In 1992, one year after the restoration of Estonia's independence, it was reintroduced as the national currency.

Estonia became the first Baltic country to adopt the euro in January 2011, and was joined by Latvia three years later and Lithuania at the start of this year. During 2011, 318 million kroons were returned to Eesti Pank.

As of last year, Eesti Pank is the only venue that still exchanges kroons for euros, at an exchange rate of 15.6466.