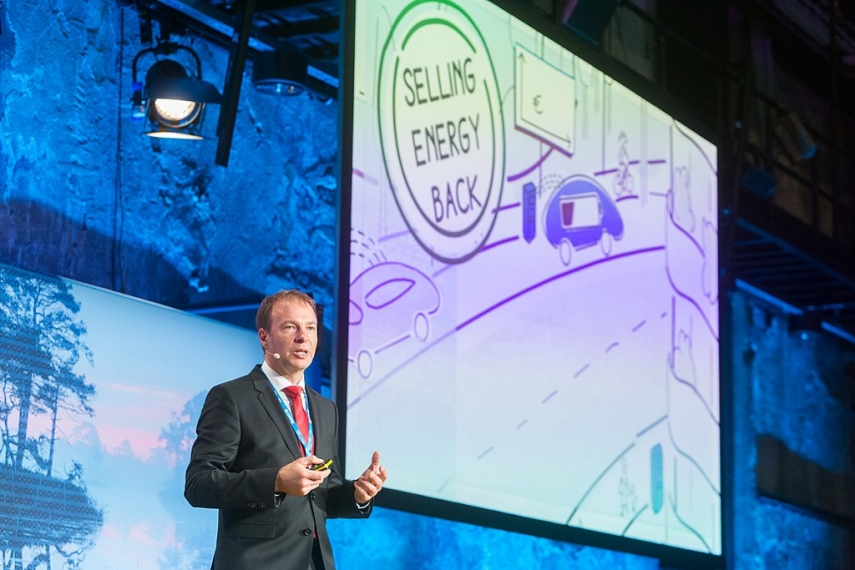 TALLINN – A rapid increase in the price of carbon dioxide emission credits and unequal gas pricing by Russia has given rise to large-scale cross-border trade in electricity with Russia, Hando Sutter, CEO of the Estonian state-owned energy group Eesti Energia, says.

"We are taxing ourselves out of the market to then buy energy produced in Russia. It is just like the Latvia alcohol rally: we forget that we've got competition the other side of the border. The situation is similar in Finland," Sutter said.

In addition to the absence of quotas, electricity generated in Russia is made cheaper by the difference in the price of gas. Namely, Russian natural gas for Russia's own gas powered electric power plants is cheaper than the price at which Russia sells gas to member states of the European Union.

The price of carbon emission credits has increased severalfold in the past couple of years and has now stabilized in the region of 20 euros a ton. Eesti Energia estimates the price to stay in that region for the next couple of years. Since in Estonia 1.2 tons of carbon dioxide is created in the production of one megawatt-hour of electric energy, half the selling price of electricity would have to be paid for the emission credits.

"We also have credits from earlier times bought at a lower price. If bought in the third quarter, the cost of the carbon dioxide quota would have been 50 million euros," Eesti Energia CFO Andri Avila said. He said that the company actually had to spend some 28 million euros thanks to the credits acquired earlier.

In addition to the price for carbon emission credits remaining high, Eesti Energia forecasts the market price of electricity to decline over the coming year as a result of the use of Nordic hydro stocks. "The fourth quarter and the first quarter of next year are still okay, but since electricity prices will be coming down, the picture is not very encouraging when it comes to producing electricity from oil shale," Sutter said.