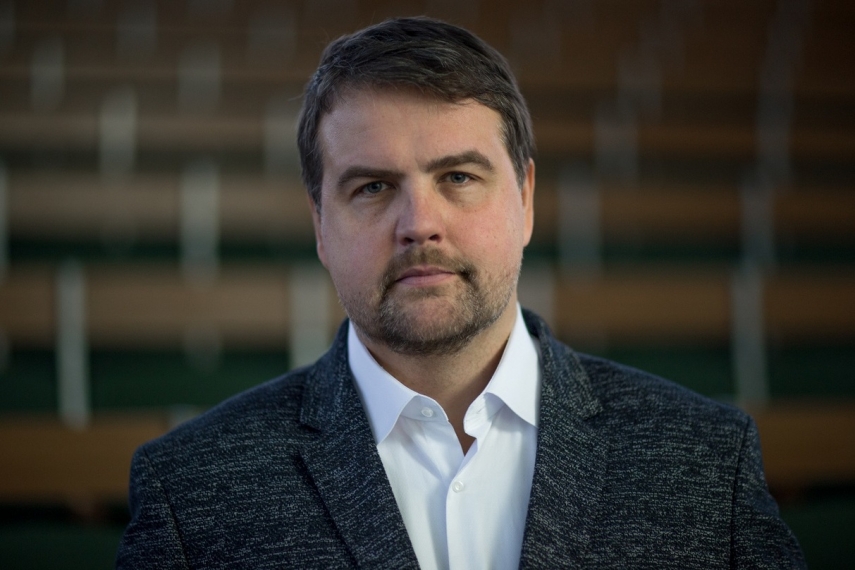 RIGA - The European Commission (EC) must work together with the UN to find a legal way to confiscate the frozen assets of the Russian state and oligarchs and direct them to the reconstruction of Ukraine, European Parliament (EP) Member Ivars Ijabs (For Development) told LETA.

The EC proposed in November to seize assets frozen in response to Moscow's renewed invasion of Ukraine to compensate for the damage caused to Ukraine. In the European Union (EU), reserves of the Central Bank of Russia in the amount of EUR 300 billion are blocked, while EUR 19 billion of Russian oligarchs' money is frozen.

The MEP emphasized that a legal way must be found to confiscate these assets. Ijabs pointed out that the damage caused by Russia and the criminal offenses it is committing in Ukraine, which are still ongoing, are sufficient grounds to confiscate these billions, however, all this must be adequately formalized in a legal manner.

"We should not harbor illusions that this amount of money will be enough for the reconstruction of Ukraine. We are already talking about at least 600 billion in losses and this amount, unfortunately, is only increasing. When the war ends with the victory of Ukraine, we will have to look for other opportunities to help the country to rebuild," said the politician.

Ijabs emphasized that Ukraine needs military aid, armaments to win the war, while the legal framework for the confiscation of Russian assets should be developed in time so that it can be used when the time comes.

Asked why the currently provided military aid to Ukraine is not enough for it to win the war, Ijabs emphasized that there are both objective and subjective reasons for this. As for the objective reasons, the politician drew attention to the fact that Europe has been completely pacifist during the past thirty years, and therefore ammunition stocks are very limited. This is the reason why the military industry needs to be rapidly restored not only in Europe, but also in Latvia.

"We need to restore the stockpile of armaments, some of which we have given to the disposal of Ukraine. We also need to be prepared for any further escalation that [Russian President Vladimir] Putin may be preparing. He has confirmed several times that the his target is not limited to Ukraine alone," said Ijabs.

He said that work is currently underway in the EP so that a new bill on military procurement can be tabled next year - Europe has to buy many things together, which it has not done so far.

"With military procurement, we could increase the efficiency, as well as ensure common standards. It is vitally important for countries such as Poland, Romania, and the Baltic states, because a significant part of the stock of these countries has been transferred for Ukraine's needs," the MEP explained.

On the other hand, speaking about the subjective side, Ijabs said that a considerable number of Western European politicians are concerned that the war could take place on Russian territory. Given that the Ukrainian army is doing relatively well, such a scenario cannot be ruled out.

This, in the opinion of the politician, is the reason why there is "fumbling on the ground" regarding the delivery of some types of long-range missiles to Ukraine, with which it could not only defend and recover the occupied territories, but also carry out strikes on Russian territory. Ijabs stated that Latvia's position should be that we should help Ukraine with all possible means.