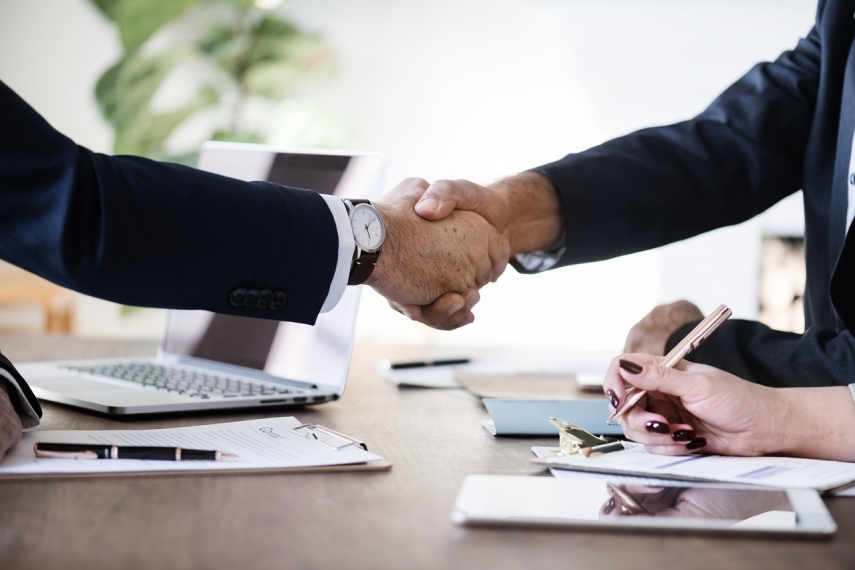 TALLINN – The Estonian Ministry of Economic Affairs and Communications and Enterprise Estonia (EAS) on Tuesday signed an agreement on the establishment of a Global Digital Society Foundation aimed at exporting Estonian digital society solutions and creating new business opportunities for Estonian ICT businesses.

The agreement was signed by Minister of Entrepreneurship and Information Technology Rene Tammist and the board chairman of EAS, Alo Ivask.

"There's a lot of interest globally for the Estonian experience with e-state; this is demonstrated both by the experience of our state institutions and entrepreneurs, who are exporting Estonian digital society solutions already for the second decade," the minister said in a press release.

Estonia gets visits on a daily basis from delegations from all over the world who wish to implement our experience with digital government and developing of digital society in their own country, the minister said.

"Often such interest is not followed by real cooperation, in part because the governments interested in it are not in possession of the funds necessary for it. An international foundation into which contributions are made by the richer countries will help raise the standard of living in poorer countries," Tammist said.

He added that in addition to supporting the development of other countries, the foundation will help bring new clients to Estonian IT companies.

The foundation is planned to be launched in public-private collaboration in 2020 and it is to be headquartered in Tallinn. The foundation would provide money to both short-term and urgent initiatives for augmenting the capabilities of digital state as well as for longer-term development programs.

The work of the foundation would be led by the e-Estonia Briefing Center.

Payments into the international foundation can be made by governments and businesses from across the globe.

As the first step, the Estonian state would have to make an initial contribution of 350,000 euros for the launch of the foundation. In addition it would be necessary for the state to allocate five million euros to the fund in seed investment.

The precondition for receiving financing from the foundation would be own input by the country receiving support. The size of the own input would depend on the level of economic development of the specific country. The decision on financing would be made by an expert panel with international experience.

Experts of the Estonian government and Estonian businesses have advised and engaged in development work with more than a hundred different countries. The scope of the cooperation has ranged from visits to the development of specific IT solutions.