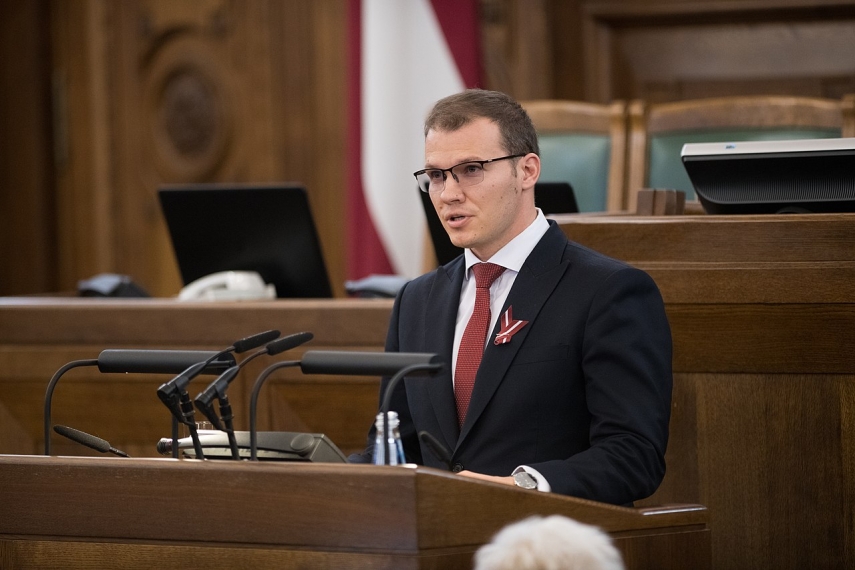 “If there are only two options – to dismiss Usakovs or to do nothing, then the mayor’s dismissal, of course, is the right thing to do. But there are also legislative provisions allowing for a dissolution of the Riga City Council in case of violations of law. And that’s precisely the case,” the National Alliance’s representatives quoted Dzintars as saying.

Current Environmental Protection and Regional Development Minister Juris Puce (For Development/For) has indicated, however, that the ministry’s inspections have not found violations on the city council’s part warranting dissolution.

Dzintars believes that Usakovs has lost his position as the city council’s head only formally as the ruling coalition of Usakovs’ Harmony party together with Honor to Serve Riga (GKR) still stands. “When it comes to any important vote, the city council’s old coalition will turn its voting machine on and pass any decision Usakovs’ team needs. Essentially, nothing will change,” said Dzintars.

From his office, Usakovas has refused to leave after his dismissal, the former mayor will be able to “keep coordinating activities of the council’s majority unimpeded,” the National Alliance leader said.

“After the corruption scandals and confusion within the ranks of Harmony and its support structures, snap municipal elections would mean a real opportunity to seize power in the Latvian capital city from forces close to Moscow,” Dzintars said.

As reported, Regional Development and Environmental Protection Minister Juris Puce (For Development/For) has given the order to dismiss Riga Mayor Nils Usakovs from his post. Puce made the order due to the many violations established in Usakovs' oversight of the Rigas Satiksme municipal public transportation company. Usakovs has violated various laws and regulations, according to the ministry. Puce's order can be appealed at the Administrative District Court within 30 days.

Usakovs has publicly called his sacking a political score settling and plans to fight it in court.