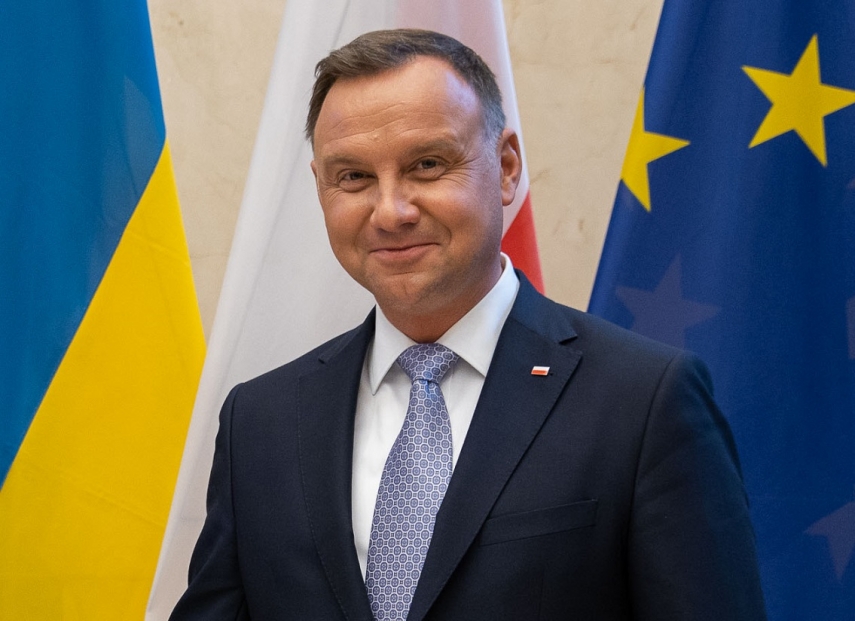 Duda is set to welcome Nauseda in Warsaw next week after the new Lithuanian president decided to pay his first state visit to Poland, with Duda welcoming this sign of friendship.

"As far as I know, our views on many things are similar, including the respect for traditions. As far as I know, Mr. President is more of a conservative politician, and my attitude to what surrounds us is also more conservative. I find the Christian foundation very important as it’s the foundation of the State of Poland," Duda said in an interview aired by Lithuania's national broadcaster LRT on Thursday.

He also said he feels Lithuania's support within the EU, citing the common history as the reason for it as both countries were part of the Soviet block against their will.

"We went through that period in history and, unfortunately, we still have things left from it, so we do understand each other as there are elements we need to eliminate for our democracy to be normal and for us to be freely-functioning states, really modern states, and for our institutions to be Western and without the old cliques and remains of the Communist times," Duda said.

According to the Polish president, both countries need to act together to create a transport and energy corridor, and also seeking presence of larger NATO forces.

"Geographically, we are a certain security center for the Baltic states, and Lithuania as well, and we are trying to live up to this, and we want to have as many allies in our part of Europe as possible," Duda said.

Inaugurated later in the day, Nauseda is due to go to Poland on Tuesday.