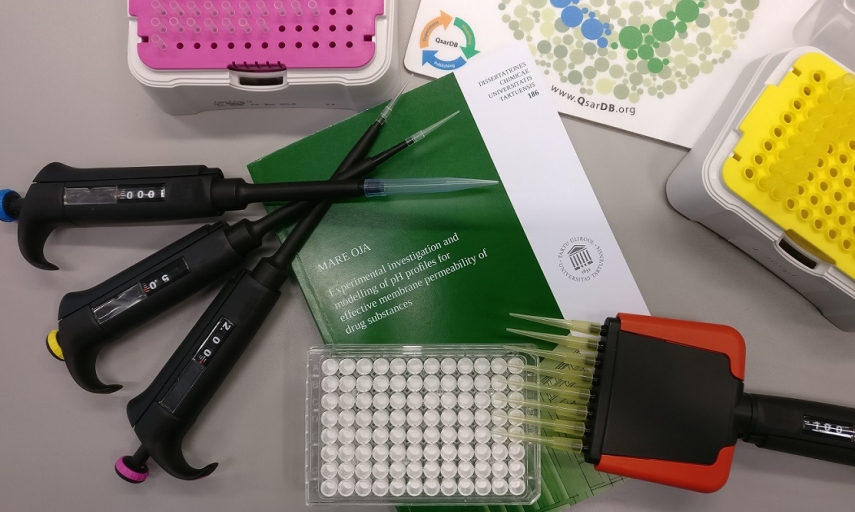 A doctoral thesis defended at the Institute of Chemistry of the University of Tartu has investigated the permeability of drug substances in the gastrointestinal tract using both experimental and cheminformatics methods. The results of the research improve our understanding of how the basic and acidic conditions of the gastrointestinal tract affect the permeability of drug substances.

“Thus far, permeability in the early stages of drug development has often been measured and described only in a neutral environment (pH = 7.4), but this results in inaccurate information about the permeability of drug substances in the gastrointestinal tract,” said Mare Oja, a junior research fellow at the Institute of Chemistry of the University of Tartu and author of the doctoral thesis.

According to the appointed opponent for the thesis, professor of chemistry Johann Gasteiger from Friedrich Alexander University in Germany, Oja’s experimental measurements have made it possible for the first time to obtain models that can be used to determine the dependency of membrane permeability on pH. He also considers it very valuable that the new models can be interpreted on a physical-chemical basis.

The supervisor of the thesis, senior research fellow Uko Maran from the Institute of Chemistry at the University of Tartu, said that the results of the research are wide-ranging and will help people understand absorption in the gastrointestinal tract. “The prediction models can be used directly in the early stages of drug development, but they allow for the assessment of the absorption of existing drug substances as well, if the pH of the gastrointestinal tract is known,” Maran explained.