Decision-makers should get to know cyber field better 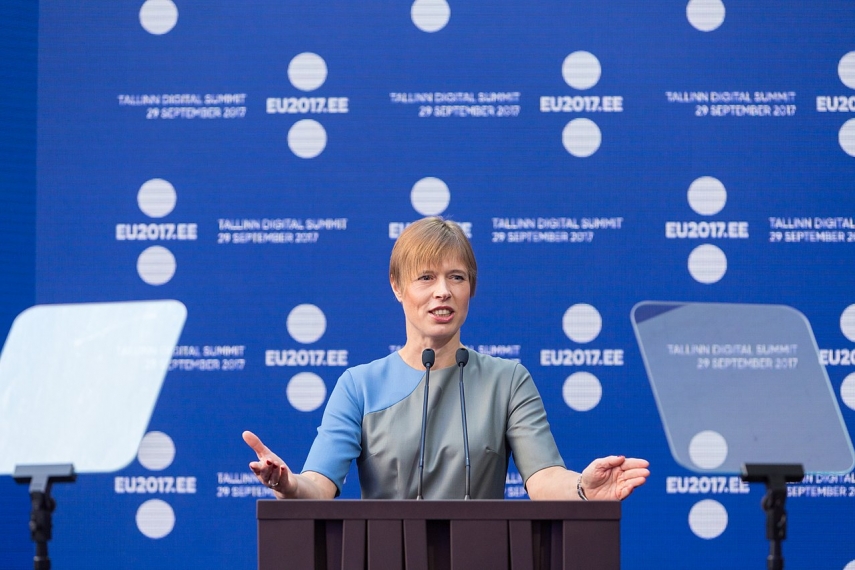 TALLINN – Estonian President Kersti Kaljulaid said on Thursday at the European Defence Agency Annual Conference that decision-makers should get to know the cyber field better.

"Most contemporary politicians do admit that cyber is important, they speak the language etc., there is genuine political support behind many cyber defense initiatives," Kaljulaid said. "And among many other valuable lessons EU CYBRID 2017 showed that although political level decision-makers would be in the case of a cyber attack the first ones to react and make decisions, their understanding, knowledge and awareness of the nature of cyber incidents is still much to be desired," she added.

"[A]long all the fancy initiatives, cyber defense programs and new institutions that we create, we must not forget that the human factor and basic cyber hygiene continue to be things that will cause security breaches and incidents also in the future," the head of state said.

Developments and challenges in the cyber field result in a need to constantly deal with tomorrow's unknown variables, like artificial intelligence, Kaljulaid said. In the past 10 years the cyber field has developed so fast that cyber attacks are nothing surprising or new anymore, she added.

According to the president, due to the fast development of the cyber field it is not possible to be ready for all possible scenarios or prepare decision-makers for concrete events, but as the first step the level of cyber hygiene should be raised in societies.

Kaljulaid also talked about her recent visits to Georgia and Africa. According to the president, there are many possibilities for cooperation between the EU and the African Union in the fields of economy, technology and digital development. "I wish to change the notion that eastern countries are only interested in cooperation with eastern countries, and I definitely intend to pay more attention to southern countries also in the future," she said.