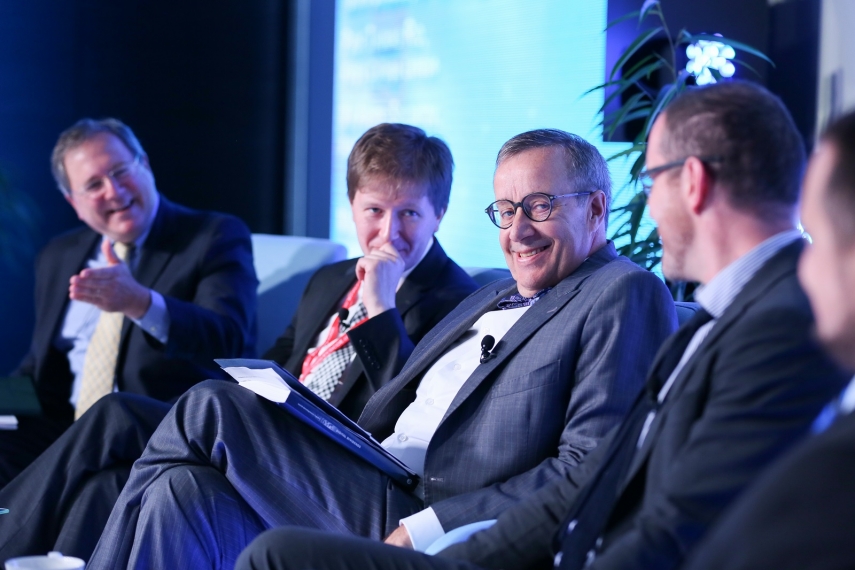 The 9th International Conference on Cyber Conflict, CyCon 2017, is pleased to announce among the speakers of the event Ambassador Sorin Ducaru, NATO´s Assistant Secretary General for Emerging Security Challenges; Jeff Moss, the founder and CEO of the DEF CON hacker conference; William H. Saito, Special Advisor to the Government of Japan; Michael Chertoff, Co-Chair of GCSC; Paul Vixie, Internet Hall of Fame, Paul Nicholas from Microsoft and many others.

Taking place in Tallinn from May 30th to June 2nd, 2017 CyCon 2017 will cover issues ranging from international cooperation and conflict in cyberspace to technical challenges and requirements, legal frameworks, regulations, and standards under the topic Defending the Core. CyCon 2017 will also include a plenary panel with Cyber Commanders and with the recently established Global Commission on the Stability of Cyberspace (GCSC).

One of the keynotes of the event will be delivered by Ambassador Ducaru, who is advising the Secretary General of NATO on the evolution of emerging security challenges.

Cyber security expert William H. Saito has been named one of the “100 Most Influential People in Japan” by Nikkei. In addition to advising the government and several other organizations in Japan, Saito is also a recognized advisor to several national governments around the globe.

As the Co-Chair of the Global Commission on the Stability of Cyberspace, Mr. Michael Chertoff advises on the critical developments and initiatives in the field of international cyberspace stability. Chertoff has previously also served as the Secretary of the U.S. Department of Homeland Security.

Paul Vixie is an American computer scientist who has been inducted into the Internet Hall of Fame for his achievements and contributions to DNS design and open source software principles and methodology.

The conference will be opened by the President of Estonia Kersti Kaljulaid. Other speakers include Katie Moussouris of Luta Security; Adm. Michelle Howard, the Commander of U.S. Naval Forces Europe; Dr. Sandro Gaycken of the Digital Society Institute at ESMT Berlin; control system security consultant Ralph Langner; Professor Mike Schmitt, the director and general editor of the Tallinn Manual 2.0 on the International Law Applicable to Cyber Operations and many others.

CyCon is organized by the NATO Cooperative Cyber Defence Centre of Excellence, a Tallinn-based knowledge hub, research institution, and training and exercise center. Agenda and registration for CyCon 2017 is available at www.cycon.org