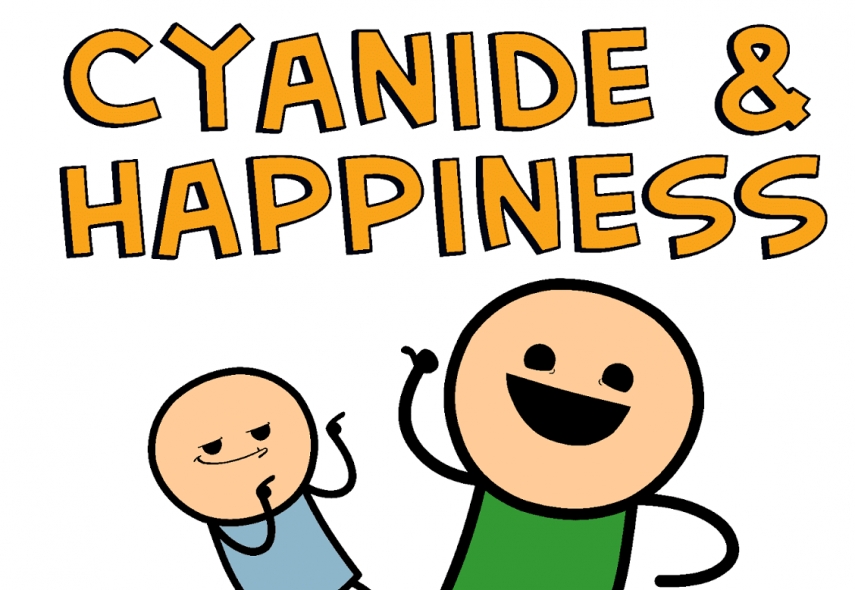 Rob DenBleyker, the creator of one of the most popular online comics, Cyanide & Happiness, is coming to Lithuania to meet with his fans. Author of comics that have tens of millions of fans worldwide will visit Lithuania in autumn, during the biggest Baltic cultural event Comic Con Baltics 2019 in Vilnius.

“In the spring, we asked our community on social media what online comic artists are their favorites. Today we are pleased to announce that this autumn we will give our visitors the opportunity to meet Rob DenBleyker, one of the authors of our fans’ most favorite online comic, Cyanide & Happiness. It is a person who has entertained millions of fans all over the world with his drawn stories for almost 15 years,” says Darius Krasauskas, the organizer of the Comic Con Baltics.

Cyanide & Happiness online comics were first introduced in the winter of 2005 by four young and then unknown artists - Rob DenBleyker, Dave McElfatrick, Kris Wilson and the former team member Matt Melvin. Joined together by their shared vision and creative abilities, youngsters have created a new online website for their comics, Explosm, with new comics appearing almost daily. From the start, all the comic strips have stood out because of Microsoft Paint's drawing style, which has been retained so far.

It is easy to distinguish the style of R. DenBleyker, which is quite different from the rest. His characters are known for their big eyes and the face that are not exactly round. Major part of his stories are dialogues, created just between two characters.

"The seemingly primitive, but extraordinary drawing style and dark, often existential, or even absurd humor allows these comics to keep their popularity successfully for the second decade and to have a fanbase bigger than 12 million,” says Comic Con Baltics organizer.

The number of fans that Cyanide & Happiness has is really impressive. Most of them are on Facebook - more than 12.5 million followers. However, their Youtube channel, which has been running since 2009, is not far behind.

Cyanide & Happiness has more than 9.5 million subscribers. This is probably the biggest fanbase of digital comics on social networks.

"However, it can be said that Cyanide & Happiness is no longer just a comic strip. For more than five years, they have been creating a weekly animated series on the Youtube network, have released a number of comic book sets, have their own mobile apps, video and even card games. Many of these things have been supported by their strong community of fans, through Kickstarter and Patreon platforms,” says Krasauskas.

The latest projects on Kickstarter have received a similar interest. In 2016, fans donated 3.2 million US dollars for a card game called “Joking Hazard”. Meanwhile, in 2017 - 575 thousand US dollars were donated for a computer game creation.

Fans will be able to meet with the legendary Cyanide & Happiness comics creator, R. DenBleyker, as well as, to talk, take pictures and even get his autograph on September 21-22 during the pop-culture event Comic Con Baltics 2019, in Vilnius. During the third year's event, visitors will meet with world-renowned actors and creators from the most famous film and television projects. There is also going to be premieres of the latest Lithuanian movies, video games, presentations of the most innovative tech, cosplay shows, family space and lots of other entertainment for both adults and kids.

Tickets are already available at TIKETA.