Culture Ministry, organizers have to find a way so as many people as possible could see this year's Song and Dance Festival - Vejonis 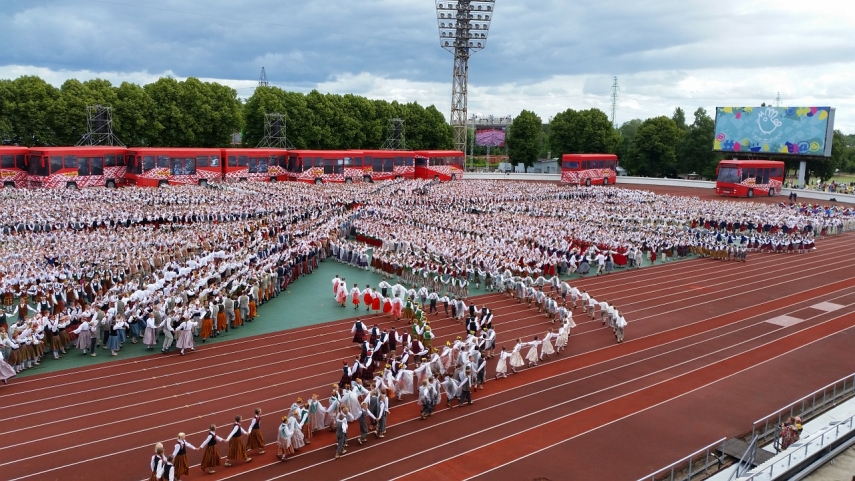 "One solution is that people should be able to see the festival not only as members of the audience, but also on large screens in the city and, of course, live on television," said Vejonis. In the future, the ticket sales process should probably be changed, he added.

The Song and Dance Festival is always a very emotional event that generates a great deal of interest, said Vejonis. Tickets to the festival are in very high demand, therefore the Culture Ministry and organizers of the festival have to consider other mechanisms to make ticket sales process fairer, believes the president.

But at the same time, Vejonis admitted that tickets to other such major events were distributed in the same manner everywhere in the world, so no major changes were likely.

A lot was done to ensure transparent ticket sales process, and the tickets were also available for Latvian communities in other countries. "Solutions are being sought, but we just have to accept the fact that there will always be some discontent as demand exceeds possible supply," explained Vejonis.

As reported, tickets to the Song and Dance Festival went on sale at 11 a.m. March 3, and all the main events of the festival were sold out by 2:30 p.m. on the same day.

The Song and Dance Festival will run from June 30 to July 8 in Riga.