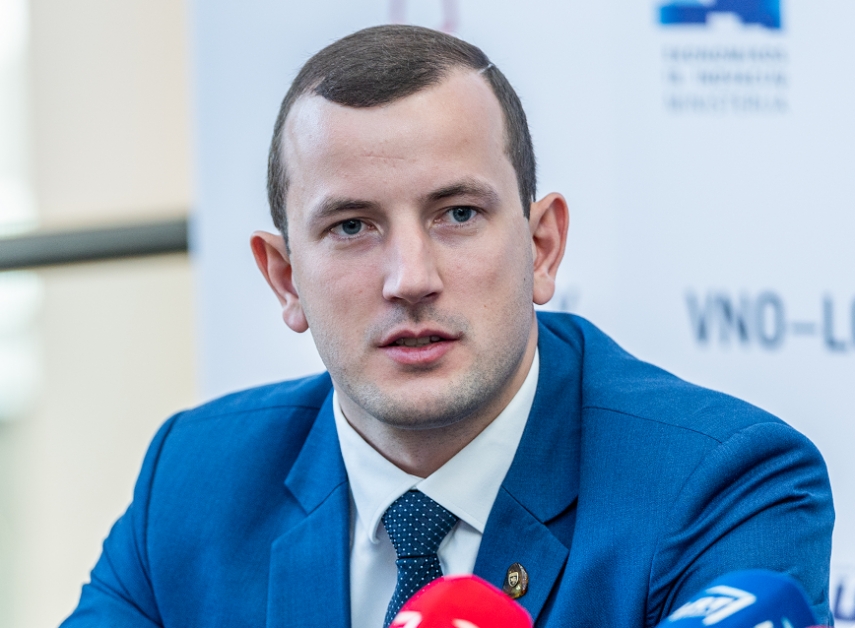 Ursula von der Leyen, the president-elect of the European Commission, which is set to start working in November, has proposed to put the Lithuanian candidate in charge of environment and oceans.

Critics say Sinkevicius, Lithuania's economy and innovation minister, will have too little influence in the Commission as the European Union has limited powers on environmental issues.

"I would tell these commentators that they hardly realize the European agenda and current affairs and they have probably not acquainted themselves with the priorities of the new EC president and also challenges not only for the upcoming five years, but for the upcoming ten years or even a longer period," the Lithuanian prime minister told the Ziniu Radijas news radio on Thursday.

"Climate change and environmental protection are becoming one of the key issues, what we clearly see," he added.

Skvernelis claims that Sinkevicius would encourage Central and Eastern European countries to do more for climate change and environmental protection.

"If we deal with those challenges, it will be a huge and important contribution to our future and the future of our children," the Lithuanian prime minister said.

Experts have also paid attention to the fact that influential Dutch politician Frans Timmermans has been put in charge of the climate change agenda at the new European Commission. He will become a vice president and he will have the final say on how much responsibility will be delegated to Sinkevicius.

The Lithuanian prime minister says this is the way the work of the whole European Commission is structured. "That's the structure. There are eight vice president and they are all in charge of different areas," Skvernelis said.

Sinkevicius has been put in charge of fisheries matters, which are important amid Britain's ongoing withdrawal from the EU.

Lithuania is now represented at the European Commission by Social Democrat Vytenis Povilas Andriukaitis who is in charge of health and food safety. Lithuania's former European commissioners include Dalia Grybauskaite and Algirdas Semeta.

Out of the region's countries, former Latvian Prime Minister Valdis Dombrovskis has received a top position as he will be a vice president responsible for economy.