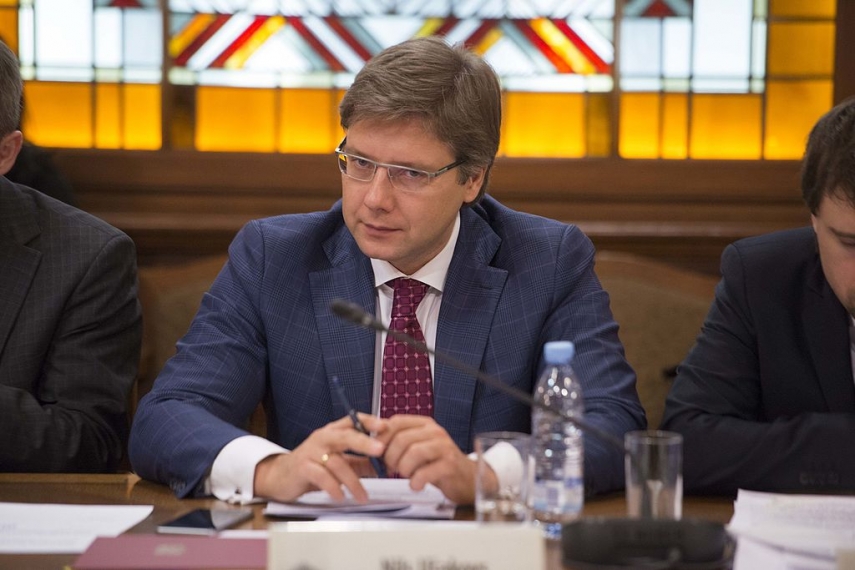 RIGA - Vilnis Kirsis, the leader of the New Unity group in the Riga City Council, has asked the Corruption Prevention Bureau (KNAB) to probe Harmony chairman Nils Usakovs for using municipal resources in his campaign ahead of the coming European Parliament (EP) elections, Edmunds Jurevics, a representative of the New Unity group, told LETA.

In his application to KNAB, Kirsis cites media reports that Usakovs’ personal social media accounts are being at least partly funded with Riga taxpayers’ money.

Kirsis also points to at least 15 instances of alleged violations of campaigning laws, asking KNAB to start an inquiry into these cases. The politician also asks to add the expenses related to covert campaigning to Harmony party’s official campaign expenses and to consider banning Harmony from further campaigning in the run-up to the European Parliament elections.

Referring to a report by Latvian Television, Kirsis also notes in his application that several journalists associated with Russian-language media had reportedly received significant amounts of money from Rigas Satiksme municipal transport company at a time when Usakovs was holding the company’s shares on behalf of the local government.

As reported, the Corruption Prevention Bureau concluded after analyzing audit company Ernst&Young report that Rigas Satiksme could have signed fictitious contracts with a number of advisors, who were paid salaries although they had never actually worked at the company.

On April 15, the Corruption Prevention Bureau forwarded the information to the State Police.

Police are already analyzing this information, LETA was told at the State Police.