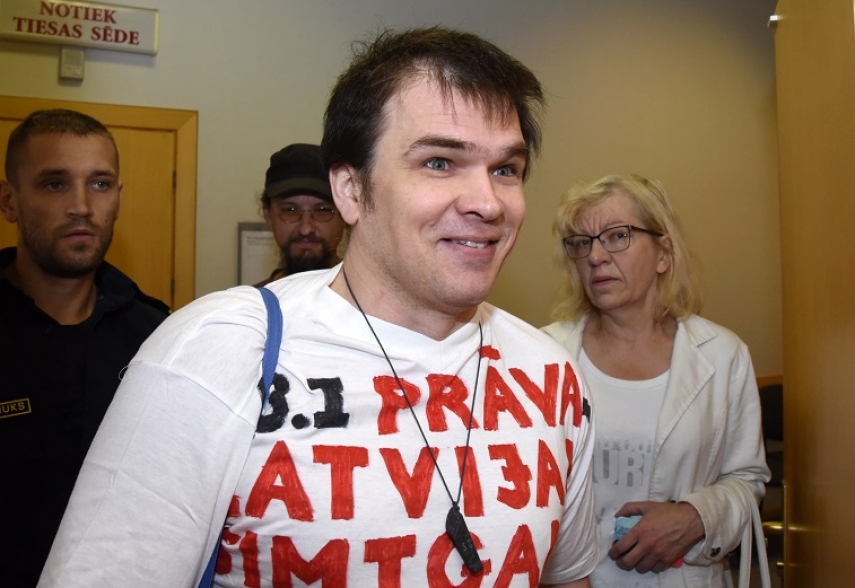 RIGA - Riga City Latgale District Court today denied a request for early release to Ansis Ataols Berzins, who is serving a prison term for his involvement in the January 13, 2009 riot in Riga.

The court ruling can be appealed before Riga Regional within ten days. Berzins’ lawyer Janis Mucenieks told journalists after the court hearing that the appeal would be lodged.

At today’s hearing, the court heard representatives of the Riga Central Prison, the State Probation Service and witnesses called by the defense.

During the court hearing it was revealed that a cellphone was found in Berzins’ cell in the Riga Central Prison in May, which the prosecutor used as an argument against releasing Berzins on parole.

Representatives of the Riga Central Prison and the State Probation Service told the court that they did not a reason for Berzins’ release on parole as he still has not admitted his guilt.