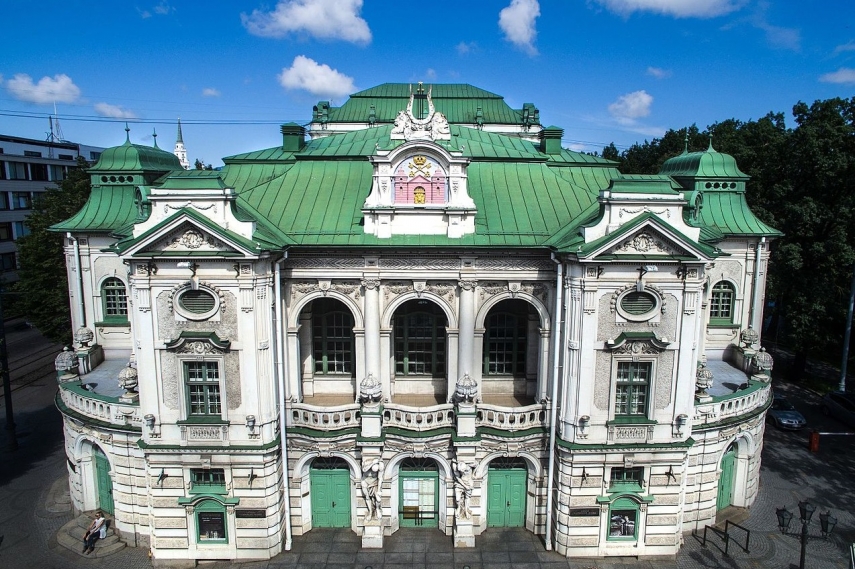 Burovs together with the Latvian National Theater Managing Director Ojars Rubenis and other officials visited the theater today to inspect construction works taking place there. At the moment, flooring is being renewed, the foundations are reinforced, the building's heat insulation is upgraded, and construction experts say that the project has been completed by 70 percent.

The Riga City Council has been investing money in renovation of the National Theater for three years now - for instance, seats at the theater have been replaced, the theater's facade has been renovated, and others, Burovs reminded. Renovation of the historic building will be fully completed once the current stage of the renovation project is over. The next big step will be construction of a new annex to the theater, where several tennis courts are currently located, said Burovs.

According to officials, there are many architectural firms that are interested in the project - 20 to 30 architects from Latvia and other countries.

The Riga City Council will be accepting architectural designs until September 9, and the winner of the competition for designing the new National Theater annex will be announced in the fall. Construction of the annex is to get under way in 2022.

It is very difficult to predict the cost of the new annex at this time, but judging from past experience, it could cost at least EUR 30 million to EUR 35 million, said Burovs. He also said that the Culture Ministry would have to cover part of the project's cost as the National Theater was a state theater.

In turn, Rubenis said that building the new annex was an "absolute necessity for the theater to continue to exist."

The theater can no longer exist with just one main hall, it also needs a black box. The theater was built at the beginning of the 1900s and at the moment it barely can operate for seven days a week, added Rubenis.