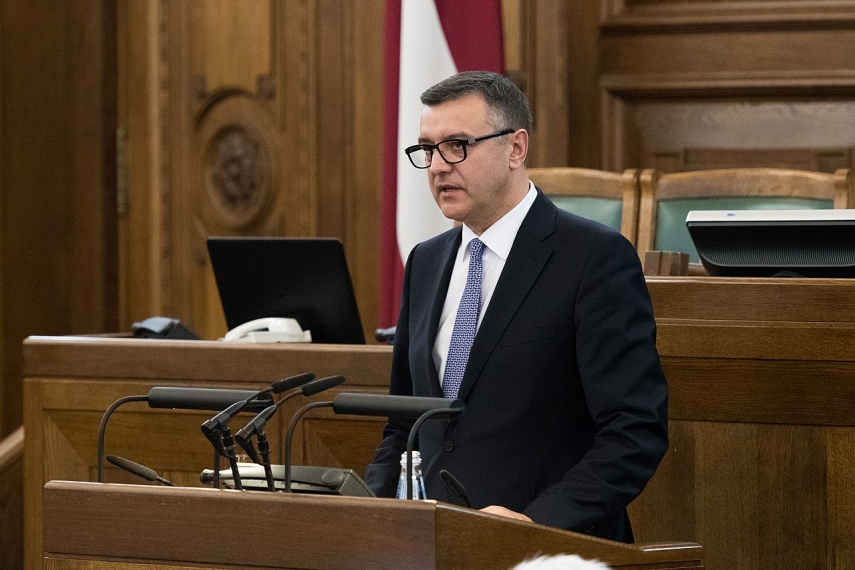 RIGA – It is planned to adopt regulations that companies that in line with the EU criteria should be included in the general government sector, may not operate with losses, said Finance Minister Janis Reirs in an interview with commercial LNT television today.

Hes aid that if a company that is classified in the general government sector, such as Rigas Satiksme municipal public transport provider, sustains loss, this loss is included in the government budget, therefore amendments to the regulations will be adopted, stipulating that such companies may not operate with losses.

“In that case, we may not plan our future development. (…) We will have to make drastic decisions that these companies that are on this list and are considered as a part of the government debt, may not operate with loss,” said Reirs.

The minister reminded that the 2020 budget will be the largest government budget so far and will reach EUR 10 billion.

According to Reirs, priorities in the budget will not change and will still include health care, education and security. “We are working to find the financing. We are at the start of our road. The budget has to be submitted to the parliament on October 15, and I think that we will be able to ensure that all priorities get additional funding,” the minister said.

Reirs said that every budget is a compromise. “The budget of every year and even every country is a compromise. Even the richest countries are seeking for compromises because needs always are larger than possibilities,” said Reirs.

As reported, following criteria of the EU, Riga municipal public transport company Rigas Satiksme should be included in the general government sector, thus, in 2020 the fiscal space in the government budget will shrink by EUR 72 million, the Finance Ministry said on Monday.

The ministry explained that in April this year, the so-called clarification procedure was completed on the notification of the 2018 general government budget deficit and debt, prepared by the Central Statistical Bureau. The EU statistical office Eurostat, when getting acquainted with the information, pointed at a separate classification of public transport service providers.

In line with ESA methodology on fiscal data of the EU member states, Rigas Satiksme is classified in the general government sector because more than 50 percent of the company’s revenue are subsidies from the local government and the company is restricted in its decisions because it implements political decisions of the Riga City Council.