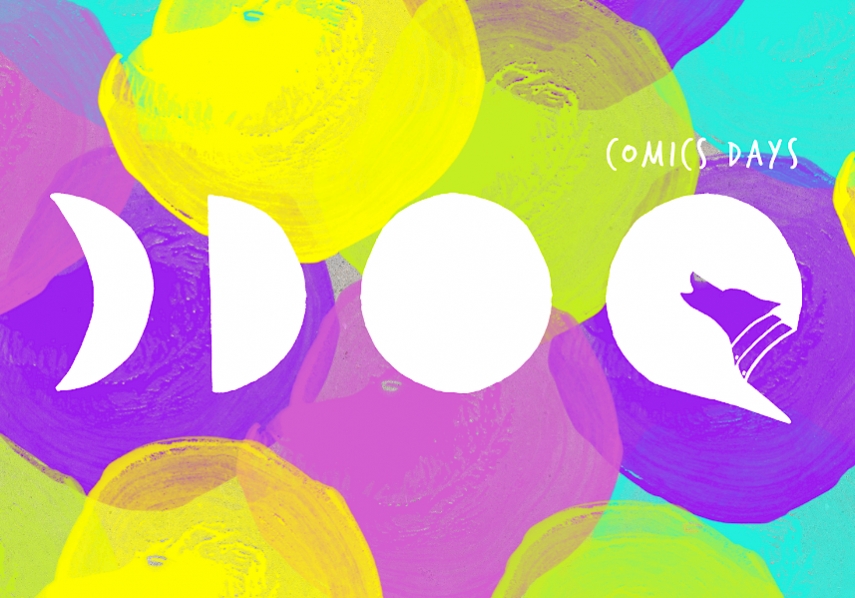 A celebration of comics in Eastern Europe

Jonas Kvasys, a young Lithuanian creative communications specialist, and a passionate comics enthusiast, has had one burning desire over the last few years.
He wished to establish a Comics Days Festival in Lithuania.
Kvasys’ tireless determination has finally paid off, as from April 14 to April 16, the first Comics Days Festival in the Baltic States will be staged in Vilnius.

Kvasys’ goal is to share his passion for comics. He sees the Comics Days Festival as a vehicle to promote the development and the recognition of comics in Lithuania.
“In Lithuania, comics have just started to gain recognition,” Kvasys told The Baltic Times. “The country does not have a comics tradition.”

In Lithuania, a comics culture wasn’t able to fully develop under Soviet rule.
“During the Soviet occupation, comics were not widely published because of their ability to represent topics which might have opposed the party’s ideology and attacked the official party media,” said Kvasys.
“Instead of a comics culture, we had a culture of caricatures in Lithuania. Caricatures were usually serving a political purpose. They also represented daily life experiences and current issues.”

The most famous example of caricatures were in the magazine Sluota. It was published during a period when comics and laughter were politically charged. Professor Neringa Klumbyte in her article 2014 article “Communist Propaganda, Artistic Opposition, and Laughter in the Lithuanian Satire and Humor Journal Sluota 1964–1985” believed that Sluota’s humor contributed to the Soviet state agenda to create a Soviet society and educate its citizens; but at the same time, its artists opposed the Soviet state’s authority and renegotiated Soviet ideologies.

Presently zines, an abbreviation of fanzine or magazine, are the most prominent form of comics in Lithuania.
“Zines are commonly self-published original works distributed in small circulation numbers, showcase current news, as well as personal experiences in lyrical and humorous ways,” said Kvasys.
Kvasys believes that the first Comic Days Festival is Lithuania is a significant event which will introduce the history and the main features of a comics culture.

Comics Days will be a completely free event.
“We intend Comics Days to be about learning, sharing, and enjoying the power of creativity, and to promote collaboration and the exchange of knowledge and experiences between Lithuanian and foreign artists,” said Kvasys.
Renowned Lithuanian comic artists such as Ona Kvasyte, Gerda Jord, Ula Simulynaite, and Migle Anusauskaite will participate in discussions and run workshops during the festival.

The Vilnius Academy of Arts will host the workshops where visitors will be able to try new techniques in creating comics. Comics associations from France, “Eina!” and “Fidele,” will also assist running the workshops and will organise a drawing concert, which will see the drawing process being accompanied by the performance of live music.
The French Institute in Vilnius has offered to host the conferences during the festival.

But the medium of comics, particularly in the US, has much to owe to two cartoonists with Lithuanian heritage. Their names may be unfamiliar to most Lithuanians, but they have created two of the world’s most iconic comics.
Jerry Siegel was a co-creator of Superman, the first of the great comic book superheroes and one of the most recognizable of the 20th century. Though born in Cleveland, Ohio, Siegel’s parents were Jewish immigrants from the Russian Empire, a region which later became Lithuania.

The other cartoonist, Al Jaffee, is notable for his work with the satirical magazine Mad, which became an American comedic institution.
Both of Jaffee’s parents were from Lithuania. Jaffee spent six years in the country, from age six to twelve, living in a Jewish ghetto in the town of Zarasai, before being taken to the US.

Jaffee created a parody of Superman for Mad, called “Inferior Man.”
Lithuania has never acknowledged Jaffe nor Siegel in any way. In 2009 Jaffee stated that “I don‘t really have a warm spot in my heart for Lithuania.”
As for Kvasyte, he never felt much sympathy for Donald Duck, Spider Man, nor any other superheroes portrayed in comic books.

His favourite comic book is the highly inventive, blackly humourous tale of Max and Moritz (A Story of Seven Boyish Pranks) which was written and illustrated by the German humourist, poet, illustrator, and painter Wilhelm Busch.
“It was published in 1865. It‘s old, but still a golden classic,” said Kvasyte.