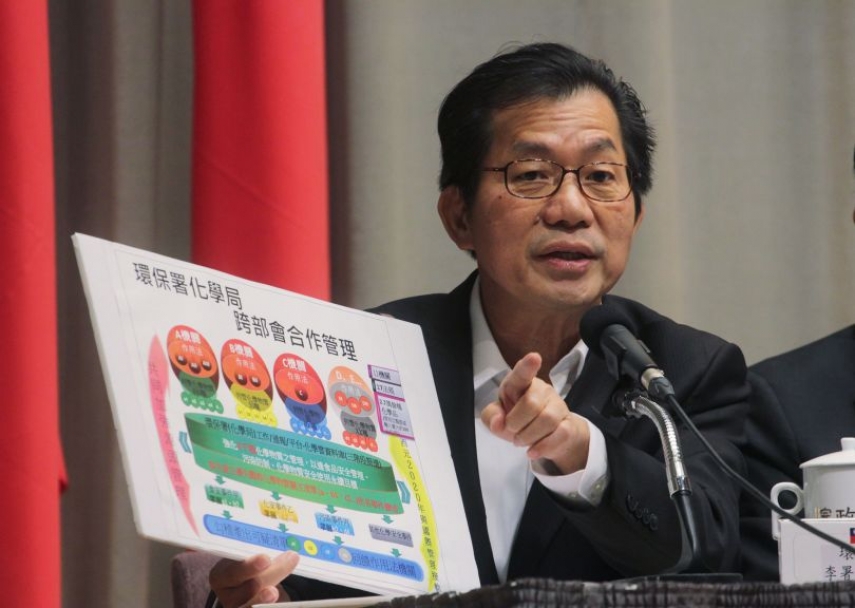 Continued growth in emissions of greenhouse gases around the world has caused abnormal and extreme weather events such as heatwaves, droughts, and catastrophic torrential rains. These events are no longer just abstract future scenarios; they are happening today in all corners of the globe.

Average temperatures in Taiwan in the past two years have been the highest in 100 years. Since 2017, rainfall has dropped markedly, affecting Taiwan’s hydroelectricity generation. Indeed, these recent developments are having a considerable impact and pose a significant threat.

Other parts of the world have witnessed similar trends. During the 2018 summer season, many countries across the Northern Hemisphere in Europe, Asia, North America, and North Africa have experienced record-breaking heatwaves and deadly wildfires that seriously jeopardize human health, agriculture, natural ecosystems, and infrastructure.

To further implement the Paris Agreement on Climate Change and achieve the goals outlined therein, the United Nations Framework Convention on Climate Change, in addition to faithfully conducting important projects, consultations, and negotiations, has also invited parties from various fields to join the Talanoa Dialogue, so as to take full advantage of the collective wisdom of humankind in formulating workable solutions to climate change.

As a member of the global village, and in line with the Paris Agreement, Taiwan has actively encouraged all stakeholders to do their part and strengthen efforts toward reducing carbon emissions. Taiwan has passed the Greenhouse Gas Reduction and Management Act, under which five-year carbon reduction targets have been formulated. Taiwan has also created the National Climate Change Action Guidelines and implemented the Greenhouse Gas Reduction Action Plan, which targets six major sectors: energy, manufacturing, transportation, residential and commercial development, agriculture, and environmental management. By setting emission caps, promoting green finance initiatives, cultivating local talent pools and education, encouraging cooperation across central and local government agencies and across industries, and involving the general public, Taiwan seeks to reduce its greenhouse gas emissions by 2050 to less than 50% of 2005 levels.

Almost 90% of Taiwan’s annual greenhouse gas emissions come from fuel combustion. The government is striving to increase the share of renewable sources in overall energy generation to 20% by 2025, and raise the share of energy produced with natural gas up to 50%. At the same time, Taiwan is gradually reducing its reliance on coal, closing older coal facilities and equipping the remaining ones with high-efficiency ultra-supercritical units that cause less pollution. The government is also investing in other equipment and technology that can help reduce pollution, offering subsidies to encourage people to replace older vehicles as well as promoting electric vehicles. Earlier in 2018, Taiwan’s Air Pollution Control Act was amended, with stronger measures to curtail air pollution and accelerate Taiwan’s energy transition.

Taiwan’s energy policies are being promoted in consideration of four core aspects: energy security, green economy, environmental sustainability, and social fairness. Furthermore, Taiwan is working on an energy transformation white paper and encouraging public participation and input during this process. It is also implementing key action plans under the Energy Development Guidelines, so as to make a decisive shift towards sustainable energy development.

The pursuit of economic growth often comes at the expense of environmental degradation and depletion of natural resources. According to research by the Global Footprint Network, human consumption of natural resources is outpacing the ability of the planet’s ecosystems to regenerate resources by a factor of 1.7. In fact, in 2018, Earth Overshoot Day fell on August 1, which was earlier than ever before.

In order to find a proper balance between economic development and environmental protection, Taiwan is promoting the circular economy as part of the Five Plus Two Innovative Industries program. There is a widespread international consensus that the circular economy plays a vital role in achieving the goals of the Paris Agreement.

Taiwan has already made significant progress over the past two decades in recycling and reusing resources. In fact, in 2017, Taiwan’s resource recovery rate was 52.5%, a ratio surpassed only by Germany and Austria. The recycling rate of plastic bottles in Taiwan in 2017 was 95%. And during the 2018 FIFA World Cup, about half of the 32 teams in the tournament wore jerseys produced with recycled bottles from Taiwan.

Looking to the future, Taiwan will continue to strengthen technological R&D and innovation, so as to bolster recycling while building integrated industrial value chains. The goal is to achieve a situation in which there is zero waste and everything that can be recycled is recycled. Taiwan is more than willing to share its technology and experience with the international community.

By advancing environmental sustainability, we can ensure that our planet remains as uniquely beautiful and habitable as it has been more for millions of years. All countries and parties should take part in this common endeavour. Having benefited tremendously from industrialization, Taiwan is now fully committed to playing a key role in saving the planet and its precious ecosystems. Taiwan is ready and willing to share its knowledge and experience in environmental management, disaster prevention and warning systems, energy efficiency enhancement technology, and application of innovative technology.

Climate change is a matter of our planet’s survival, and should not be reduced to a political issue. Taiwan has long been unfairly disregarded by and isolated from the United Nations system. This has not discouraged us. On the contrary, we have doubled our efforts based on our belief in the Confucian saying that “a man of morality will never live in solitude; he will always attract companions.” In a professional, pragmatic, and constructive manner, Taiwan will seek meaningful participation in international organizations and events, and fulfil its responsibilities as a member of the international community. Let Taiwan join the world, and let the world embrace Taiwan.

Photo is courtesy of the Central News Agency of Taiwan.