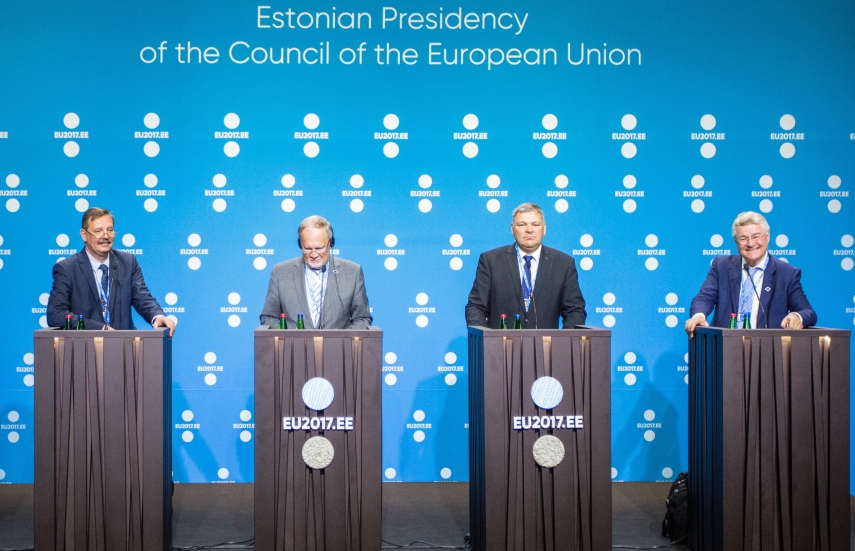 A strong EU cohesion policy, fostering finance for climate action, speeding up eco-innovation and regaining citizen's trust: local leaders set out their priority areas for cooperation with the new Estonian EU presidency. In Tallinn, Markku Markkula, President of the European Committee of the Regions (CoR), joined members of the Commission for Environment, Climate Change and Energy (ENVE) where they also reaffirmed their commitment to making Europe's energy transition the driver for combatting global warming, recovering economic growth and boosting jobs. On the road to the COP23, the UN's climate talks to take place in Bonn in November, EU cities and regions also said they would strengthen alliances with North-American cities and states to jointly work on a renewed global climate coalition.

President Markkula said: ‘Europe must continue to show leadership on climate change by being even more innovative and transforming our energy supply. Tallinn city - a pioneer in sustainable development - demonstrates that with the right EU funds and the right vision, we can build a sustainable future. This is why our Committee is building an alliance for a strong, effective and more visible cohesion policy, which is more important than ever under the Estonian Presidency. For the sake of a united, sustainable and more inclusive European future, the EUs cohesion policy after 2020 must have the same financial proportion as it has today’.

The #CohesionAlliance has been gathering momentum as increasing supporters argue that the UK leaving the EU must not weaken cohesion as the EU's main renewal tool.  Most recently the European Parliament showed its support in a report adopted on 13 June, which committed to a 'stronger, flexible, simpler and participatory cohesion policy'.

On behalf of the Estonian presidency, Marko Pomerants said: ‘The transition towards a sustainable and low-carbon economy is a priority for the Estonian presidency. The EU’s 2030 energy and climate targets are a challenge for our presidency due to the different levels of ambition and distinctive circumstances among the Member States. Nevertheless, we are fully engaged in reaching agreements in key files including the EU Emissions Trading System (EU ETS) in aviation, the Effort Sharing Regulation (ESR) and the file on Land Use, Land-Use Change and Forestry (LULUCF). More ambitious targets within the waste package are also a key priority of our Presidency’.

The Estonian presidency will give special attention to eco-innovation. October will be the ‘eco-innovation month’ with a series of events amongst which a ‘Hackathon on eco-friendly digital solutions’, a conference on green procurement and a flagship conference in Tallinn University on nature-based solutions.

The EU´s winter energy package and climate finance are also at the center of ENVE's work in Tallinn. The CoR is putting a set of recommendations on the "Clean Energy for All European Package" focusing on four aspects: the governance of the Energy Union by rapporteur Bruno Hranić (HR/EPP), energy efficiency by Michiel Rijsberman (NL/ALDE) and renewable energies and electricity markets by Daiva Mantonienė (LT/ECR). The three opinions will be voted during the forthcoming plenary session of the CoR to take place 12-13 July 2017 in Brussels.

Members of the ENVE Commission will also adopt two draft opinions in Tallinn: 'Environmental Implementation Review' by rapporteur Andrew Cooper (UK/EA) and 'Space Strategy for Europe' by Andres Jaadla (EE/ALDE) from the Rakvere city council. Delegates are to have an exchange of views on the role of waste-to-energy in the circular economy by rapporteur Kata Tűttö (HU/PES) and climate finance by rapporteur Marco Dus (IT/PES). The CoR defends a new global climate governance and a redefinition of the concept of climate finance. Marco Dus' working paper explores the role cohesion policy can play in reinforcing EU's climate agenda