28-year-old Vladas Oleinikovas was born in the second largest city of Lithuania, Kaunas. Since the young age he felt a deep curiosity towards different kinds of phenomena and wanted to examine them down to the details. This developed into a passion for chemistry. Vladas graduated from the University of Cambridge and UCL (University College London) and now works in a pharmaceutical company where he creates computer-aided drug designs. The young scientist doesn’t limit himself to the professional realm, but also significantly contributes in uniting Lithuanian youth around the globe. The Baltic Times talked with Vladas about the input and activities of the Lithuanian diaspora, the maintenance of Lithuanian identity, chemistry and various actualities in Lithuania and the world.

What do you like to hear when somebody is introducing you?

I typically don’t like to be introduced solely as the chairman of PLJS (Pasaulio Lietuvių Jaunimo Sąjunga; in English – World Lithuanian Youth Association – Ed.). I’m inclined to call myself the chairman of the board, as this is more reflective of my role not as unitary representative but rather as a member of the team. We coordinate the official position of the organization together. Besides that, I’m proud of my professional achievements in the scientific field. I’m a scientist and it’s a big part of my identity and the way I think. Thus, I’m always happy when that is mentioned too. Currently, I’m working in a pharmaceutical company where I create new drug designs. Or, to be more precise, drug candidate designs because it’s at a very early stage of the process that may take another 5-10 years before it reaches the market.

For some time already, you have been leading an organization which globally unites Lithuanian youth. Please tell us a bit about PLJS and its activities.

Probably the main peculiarity is that PLJS unites an incredibly diverse spectrum of young people. Lithuanian youth is widely dispersed: from Australia to Brazil, from Argentina to the USA, Canada and many European countries. It connects organizations from around thirty different countries. The organization’s history is truly rich and interesting: dating back to the days before Lithuania regained its independence from the Soviet occupation. The First Lithuanian World Youth Congress was held in 1966 in Chicago and the PLJS was fully founded at the Second Congress in 1972.

The other unique quality of the PLJS is that, despite its history spanning half a century, the organization is perpetually young, as every new generation rejuvenates it. On the one hand, that’s a weakness because it’s hard to ensure consistency. On the other hand, the organization is flexible and thus able to quickly adapt to the present actualities. Prior to 1990, Lithuanian Independence was the indisputable goal for the youth of the Lithuanian diaspora. Unsurprisingly, the former members of the PLJS network contributed a lot while fighting for Lithuanian freedom. This includes some of the prominent figures such as President Valdas Adamkus or Archbishop of Vilnius Gintaras Grušas.

I dare say that Lithuanian communities around the world have an unquestionable value for our country. What could every Lithuanian do to keep those organizations vital?

First and foremost, is education and awareness about them. I think this problem stems from the patchy teaching of history in the Lithuanian education system. From my own education experience in a Lithuanian school, I remember that the Lithuanian diaspora topic was extremely insignificant. A little known fact is that Lithuanian expats were crucially involved in both the first (in 1918) and the second (in 1990) restoration of the Republic of Lithuania.

As an active board member of the Lithuanian World Community, Dr. Rimvydas Baltaduonis, likes to emphasize that almost all of the signatories of the Act of Independence of Lithuania in 1918 once either lived or studied abroad. The Lithuanian diaspora was incorporated in decision-making activities too. For instance, the Council of Lithuania sought to be recognized by foreign Lithuanian communities abroad in order to strengthen their mandate to act on behalf of the nation. Even the heroic activism of the Santara-Šviesa Federation (a liberal Lithuanian diaspora organization founded in 1957; ‘Concord-Light’ in English – Ed.), the Lithuanian World Community or, the Lithuanian American Community seems marginalised. Even though the latter ensured that the USA would never acknowledge Soviet occupation as legal.

So, you think that those topics should be more often spoken about in schools?

Yes, certainly. I wish we paid more adequate attention to the role of the Lithuanian diaspora in our history. This way the Lithuanian World organizations would become part of our common history rather than something foreign. I believe that such awareness would strengthen the diaspora, as getting involved in the organizational activities would be more natural for newcomers.

Professor Egidijus Aleksandravičius often reminds us that even in Šapoka’s (the pioneer of modern Lithuanian historiography – Ed.) history book, the Lithuanian diaspora was covered in as much as fifteen percent of the volume. Meanwhile, this topic constitutes only about two percent of contemporary textbooks. Ironically, when I was considering studies abroad after graduation, I had some mixed feelings about the other Lithuanians abroad. In 2010, the emigration problem was highly escalated in the mainstream media vilifying the ones that are leaving, labeling them as ‘traitors’. Back then, I even felt guilt and a duty to justify myself that I was following my academic dream to study at the world’s top university, and was not one of those ‘bad emigrants’. Because of this pre-formed negative image, at first, I distanced myself from the local Lithuanian community. But gradually I understood that my attitude was very misinformed. What I discovered was a very kind community that treasured their Lithuanian heritage and actively fostered it. These organizations are a great untapped potential for our country’s prosperity and global representation, and I hope it won’t take another existential crisis to (re)discover it.

You have already been living abroad for almost a decade. How has Lithuania’s image changed during those years?

It’s easier for me to notice how Lithuania is changing over time, as I come back here periodically. For instance, I can readily observe the revitalization of my hometown Kaunas, especially, as seemingly more and more young people immerse themselves into the city’s cultural life. However, if I must describe Lithuania’s image in the context of Great Britain, where I currently live, then it’s far less transformative. As exemplified by the recent political events, the British people generally know little about Europe. Thus, Lithuania is little known to them, unless they have known some Lithuanians in person, which is quite probable in some bigger communities. I had some experiences with work colleagues from the rural areas or universities for whom I was the first Lithuanian they had ever knowingly met. In such a case you find yourself being the original image creator for Lithuania.

Our current president Gitantas Nauseda once said that firstly we should be Lithuanians, just then Europeans and everything else. How do these utterances sound to you? Is it possible to reconcile the identity of a Lithuanian and a European?

In my opinion, every person has a right to their identity. It is not something which should be imposed by the State. I would even say that the ‘everything else’ is a very big part of the identity. I think, what primarily forms our identity is our social circles – family or friends. Of course, there is also an identification with the State, or the culture that one participates in. To my mind, what shaped my identity most were relationships in the family. It creates the environment, which surrounds you while you are growing, thus having a lot of influence. Moreover, Lithuania itself is a European country. Therefore, I don’t think these facets of the identity need to be contrasted or forced to compete against one another.

In other words, you’re saying that being Lithuanian and European at the same time is possible and there is no difference which one of the two we give priority to?

I’m saying that we don’t need to divide our citizens into ‘better’ or ‘worse’ ones as long as we are adhering to the same civic duties. I wish we would look for commonalities instead of drawing lines between each other. What unites the fourth generation Lithuanians born in, say, Argentina and the ones in Lithuania? We still commemorate national events and foster common traditions. It is the shared feeling towards Lithuania that unites us.

You are a chemist and you have already mentioned that you are working in the pharmaceutical industry. Can you please reveal something about your job? What are your dreams or plans? What kind of research are you working on?

To put it ‘simply’, I’m a computational chemist. My doctoral dissertation focused on applying computer simulations to disease-related proteins in order to identify the potential drug-binding sites. For this purpose, I have created a novel specialised method that we have published in the largest chemistry journal – ‘Journal of the American Chemical Society’. I’m particularly proud of it as it’s the first published paper where I’m the lead author.

Contrary to traditional chemists, I hardly spend any time in the lab. My daily work is mostly related to analysis of computer simulations and data models. We use computational tools to select drug candidate designs. It is a highly collaborative effort involving teams of labarotory chemists, who make molecules, and biophysicists, who test them against our targets. Recently, one of my proposed designs was confirmed to work in an experiment – which is the first step towards it potentially becoming a drug.

Do you foresee yourself coming back and bringing the best of those practices here?

It’s my dream. Unfortunately, the research field that I’m specializing in is rather underdeveloped in Lithuania. There are no drug companies or strong academic groups that I could collaborate with. Of course, this could also be an opportunity to pioneer this research in Lithuania – I used to naively dream to make this come true by the time I’m thirty (laughs). I would love to return to Lithuania when I’m still full of my youthful energy and determination to fulfill these ambitions.

What would you wish to Lithuania and the Lithuanians?

For my country that has historically learned to unite in the face of existential crises, I wish for us to learn to live and cherish one another in the current time of freedom. It requires courage to accept our differences. We all can celebrate what Lithuania has achieved in the last thirty years. Each one of us, however, should also realize our personal responsibility for building the future Lithuania together. 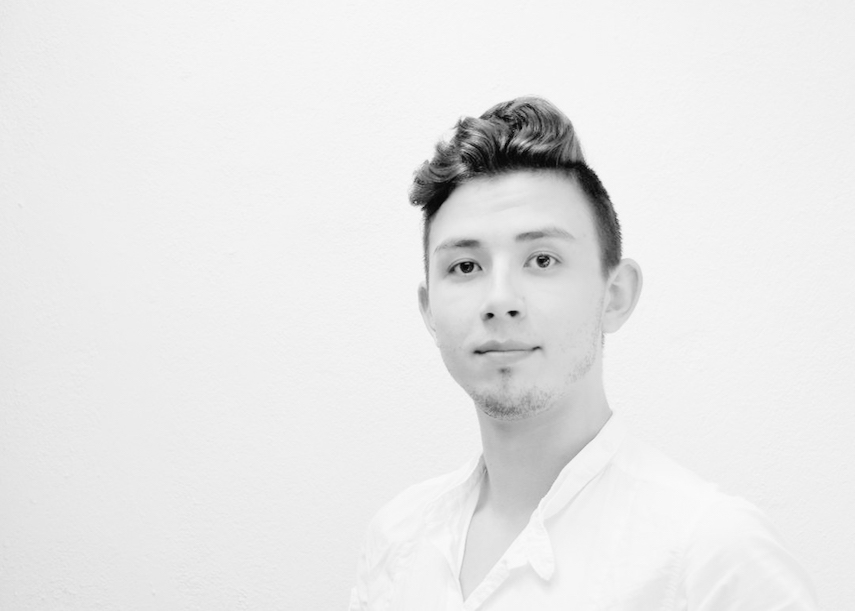 The electric car market in the Baltics is growing