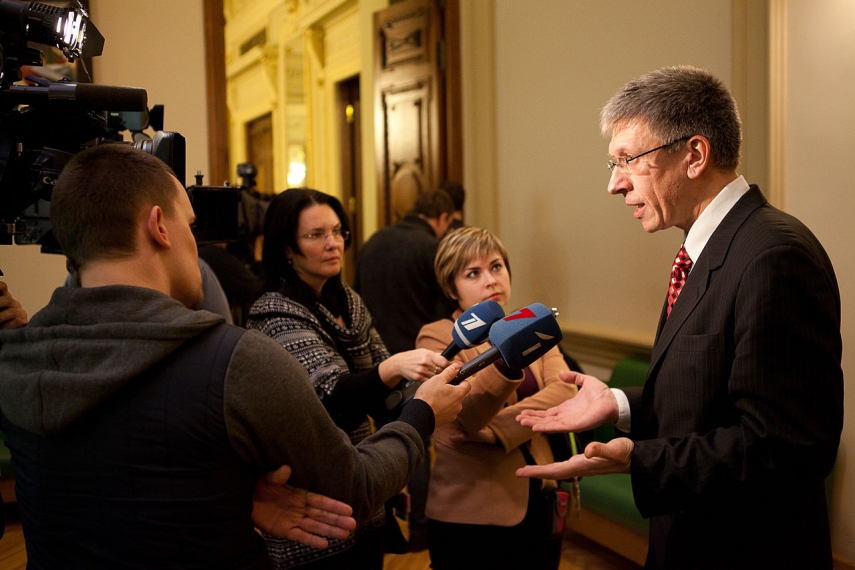 RIGA - There is no term called ''state capture'' in the Criminal Law, however, the case materials in the ''oligarch affair'' presents several examples which show that in reality such a phenomenon exists, MP Andrejs Judins said today during a meeting of the parliamentary investigation commission set-up to probe the so-called ''oligarch affair''.

Judins also explained how to establish state capture. First of all, state capture means the influencing of the legislation process by illegitimate methods, like, for example, illegal party financing and ensuring benefits for MPs, which leads for them to believe that they serve the interests of those who give them money.

Judins said that after acquainting himself with the secretly taped ''oligarch conversations'', he has concluded that signs of state capture can be observed. For example, he mentioned conversations on appointing the prosecutor general and electing the president. ''The main criteria for these persons was loyalty, not honesty. After reading the case materials, I can see that this is unfortunately the reality in Latvia,'' Judins emphasized.

Taking all of this into account, Judins called on the commission members to evaluate whether state capture attempts have been made.

As reported, the oligarch conversations are a series of transcripts of high-ranking politicians and businessmen's conversations at Ridzene hotel in Riga which have recently been published by the Ir magazine. Those records were one of the main pieces of evidence in a 2011 criminal case on bribery, money laundering, abuse of office and other crimes, implicating a number of high-ranking politicians and public figures, including Andris Skele, Aivars Lembergs, Ainars Slesers and others. The Corruption Prevention Bureau investigated the case for several years, but eventually concluded that the secretly-recorded conversations did not constitute compelling evidence, therefore the criminal case was closed.

The Latvian parliament on July 27 set up an investigative committee to look into the so-called "oligarch affair". The committee intends to examine the authenticity of the information about the “oligarch conversations” that has been leaked to the media and to analyze it in the context of reports of alleged national security threats, as well as suspicions that some persons might have acted in other countries’ interests by influencing decisions about issuance of residence permits and other documents.