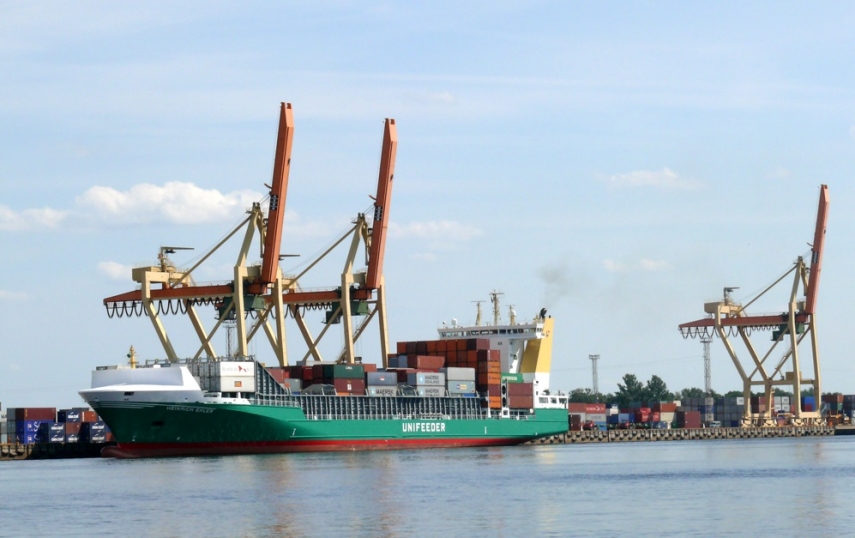 RIGA - The cargo ship traffic at the Riga port has not been interrupted but strict precautionary measures have been introduced, said Riga Freeport Administration spokeswoman Liene Ozola.

She said that the Riga port continues work to ensure all cargo handling services. In the past three days 30 ships have been handled, reloading different cargos, including containers, timber, grain products and coal.

There are 13 ships at the port on Monday, and ten more have announced their arrival.

Ozola said that the cargo flow by road and rail has also been ensured.

"Despite the state of emergency, the port is working and will ensure uninterrupted cargo flow, which is important for Latvia's economy. We have introduced strict precautionary measures in relation to crews. All arriving cargo ship agents should provide detailed information about the crew and the health condition of the crew members. Crews of foreign flags are banned from stepping ashore, except for special occasions," said Riga Freeport administrator Ansis Zeltins.

At the same time, the passenger ferry traffic between Riga and Stockholm has been halted as of Monday.

As reported, in order to prevent the further spread of the Covid-19 cornavirus outbreak in the country, the government today had decided that all international passenger transportation will be suspended from March 17 to April 14.

The Riga port is Latvia's largest port by passenger numbers and cargo.