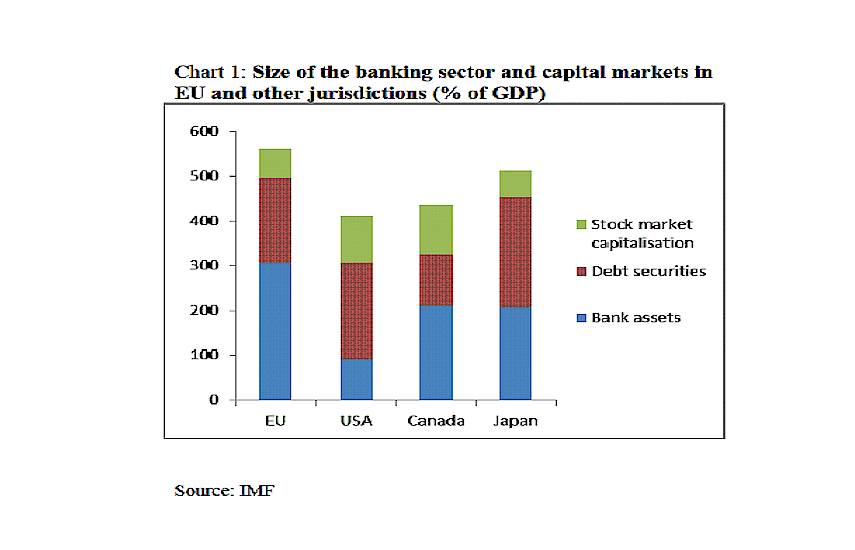 Chart 1: Size of the banking sector and capital markets in EU and other jurisdiction ( % of GDP ) 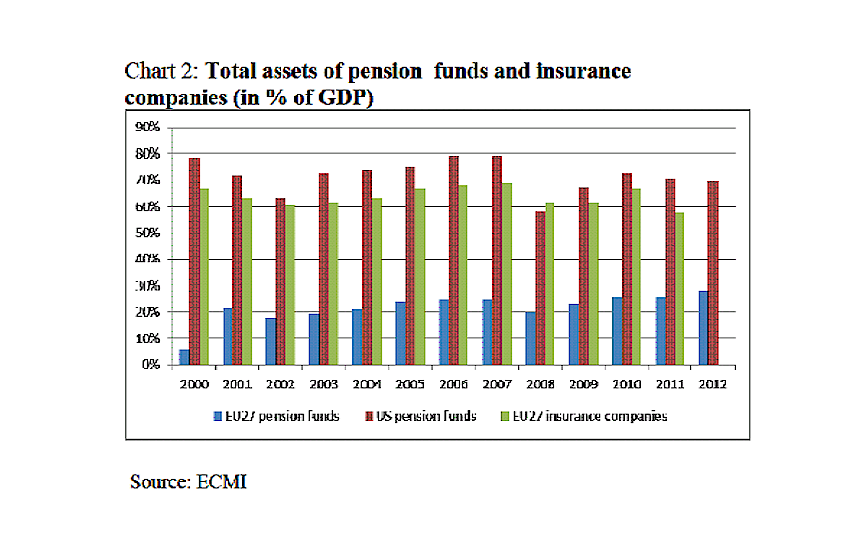 Chart 2: Total assets of pension funds and insurance companies ( in % of GDP )

In the last TBT issue, Howard Davies discussed the recent European Commission project to create a capital-markets union. The aim of the project is to further develop capital markets in the EU, as those markets are less developed in the EU than in the US. This implies that European companies are excessively financed through banking credit. You might ask yourself why this matters. The reason it matters is that the higher the degree of intermediation, the higher the cost of finance. Also, higher intermediation leads to less transparency for the investors and thus higher risks of extortion by the financial sector. From a growth perspective this matters a lot as for the long run the main determinant of growth is good governance. Basically, if markets are working smoothly with well-defined property rights, free people are exchanging and each time they exchange they are making each other happy. Those happiness-inducing exchanges turn out to lead to economic growth. It is actually strange that some politicians don’t get that, and reduce the freedom of exchange, apparently to protect people that haven’t asked anything of them. Let’s get back to our long-run growth problem.

Long-term growth mainly depends on good governance. Just have a look at the countries that have exhibited the highest growth rates. As the Political Analyst Francis Fukuyama would put it, they are liberal democracies. Of course, within the set of liberal democracies there are some differences in terms of implementations of rules of the law and political governance. As already alluded to, in terms of financial sector there is a major difference between the Anglo-Saxon markets and continental European markets. My aim, here, is to discuss those differences through the prism of the Law and Finance literature. The idea of the Law and Finance literature is that in order to generate long run growth you need to have strong investor rights in place. More specifically, those investor rights might be more or less protected in countries with different legal traditions. Two broad traditions can be distinguished, namely Common Law and Civil Law. Common Law is English in origin and is formed by judges who have resolved specific disputes in the past. Civil Law derives from Roman Law and is the most influential one. It relies heavily on codes, statutes and legal scholars as primary means of legal order.

The Law and Finance literature analyses how shareholder and creditor rights are protected in different legal traditions. Let’s focus first on shareholder rights. One of the most fundamental rights is the one share-one vote rule which limits the risk of diversion of cash flows by few insider shareholders. In some countries in Europe, the one vote-one share principle is violated. In some countries, companies can issue non-voting shares, low and high-voting shares and sometimes issue shares whose voting right increases with time. Another issue is how much the minority investors are protected against managers and dominant shareholders. A few so-called anti-director rights are considered of major importance. The most important one is arguably the possibility for shareholders to mail their proxy instead of showing up personally. Another one is the possibility for minority shareholders to put their representatives on boards of directors. The message of the Law and Finance literature is very clear: worldwide, only a minority of countries are respecting all those shareholder rights. The most protective ones are Common Law countries.

A fundamental question arises: are some countries eventually using other mechanisms to counteract investor right shortcomings? In some countries there might be better and stronger legal enforcement. Here, typical indicators of so-called “law and order” are the efficiency of the judicial system, the rule of law, levels of corruption and the risk of expropriation by governments. Another measure is the quality of the countries’ accounting standards. Those measures of law enforcement, however, differ between countries and thus cannot compensate for the disadvantage in investor protection. The last possible solution to low investor protection might be ownership concentration. Basically, the idea is that large and dominant shareholders monitor managers more in order not to be expropriated. Those dominant shareholders are very often financial institutions such as different types of funds. Dominant creditors are typically banks. International data indicates that the fraction of shares in private, publically quoted companies, held by the three major shareholders is around 50%. This indicates that ownership is quite concentrated, but it turns out to be less concentrated in Common Law countries. This indicates that concentration of ownership is an adaptation to poor legal protection.

Where do we go from here?

What is the main message in light of the recent Capital Markets Union project? If we agree with the Law and Finance literature, the differences between EU and US capital markets stem from much deeper legal traditions and views about investor rights and protection. Common Law can also be seen as a more “free market” tradition and is more conducive to stock market development. The risk with the Capital Markets Union, as Howard Davies seemed to suggest, is that the different views on fundamental matters might lead to inefficiency in transposing the project. For example, let’s consider the one-share, one-vote rule. In some countries, some politicians have suggested creating shares with higher voting rights for longer term shareholders. Those politicians have very firm political views that they are trying to impose, but as we have seen, in the long run this is destroying growth potential. If the European countries can’t agree on fundamental common denominators, there is a risk that these broad projects will not effect very much change. One such common denominator could be a focus on less and well-regulated markets, rather than focus on biasing the markets to reach so-called desirable “social objectives”.