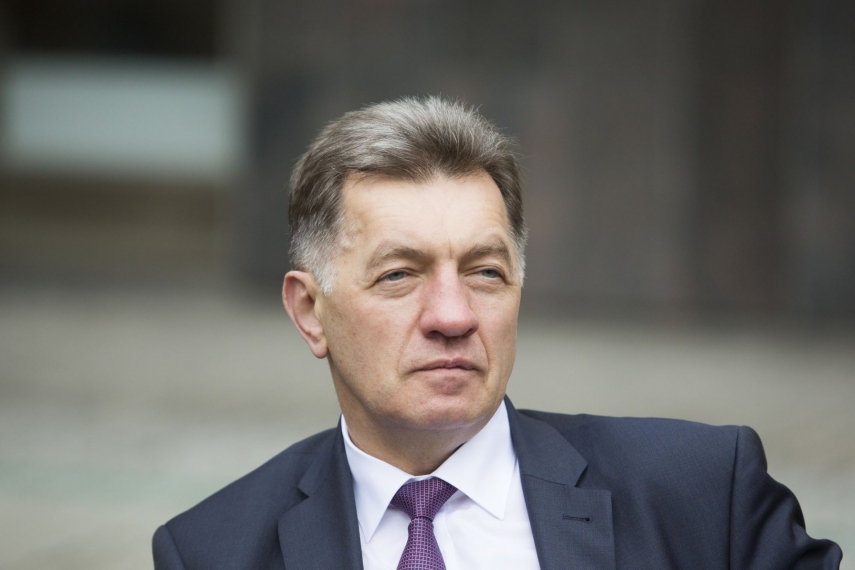 Lithuania has upgraded security measures after the Paris terror attacks and is considering reintroduction of checks of persons coming from European Union (EU) countries.

"A clear plan was made in line with a protocol decision on improving the security situation in our country,” Lithuanian Prime Minister Algirdas Butkevicius told journalists on November 16, 2015. “The prevention of terrorism is coordinated by the State Security Department – an anti-terrorism unit has been restored and officers are being selected.

“During the meeting, a crisis management committee under the government has also been authorised to coordinate efforts against terrorism – the committee's functions, responsibilities and competences will have to be revised.”

Security services will be instructed to "keep an eye on suspicious individuals" and immediately report to special services, said the prime minister.

During mass events, security services will also have to step up checks of incoming people to prevent the bringing guns and other weapons.

"A proposal was made to integrate the network of security cameras and observe order, peace and security at public events, analyse the surveillance data and, if necessary due to suspicious persons, enhance the protection of Lithuania’s internal and external borders,” continued Butkevicius.

According to the Prime Minister, "the alertness of officer response" has been stepped up along with observations and the exchange of information with foreign partners.

Interior Minister Saulius Skvernelis said after the security meeting, one of the new things the population may notice is security and police officers patrolling with automatic weapons.

Butkevicius also stressed that "all necessary measures have been taken to ensure security," adding that the threat of terrorism in Lithuania "remains low."

He noted that the speculations about entry of terrorists to the EU together with refugees were ungrounded, and the terrorist attacks in Paris have not changed Lithuania's stance on refugee resettlement.

"Please be assured that Lithuania will take every measure to prevent any persons with even the slightest obscurity in his history or documents from entering Lithuania under the refugee relocation program – only families with status of war refugees will be relocated to Lithuania, and the relocated persons will be subjected to strict checks and control," he added.

Butkevicius noted that the government has prepared a law that envisages registration of every person coming to Lithuania.

In his words, the crisis management centre was established earlier, and the latest decisions will improve its operations.

During the Paris attacks 129 people were killed and more than 350 were injured.

At least two of the terrorists involved in the Paris attacks were reportedly registered as refugees in Greece.