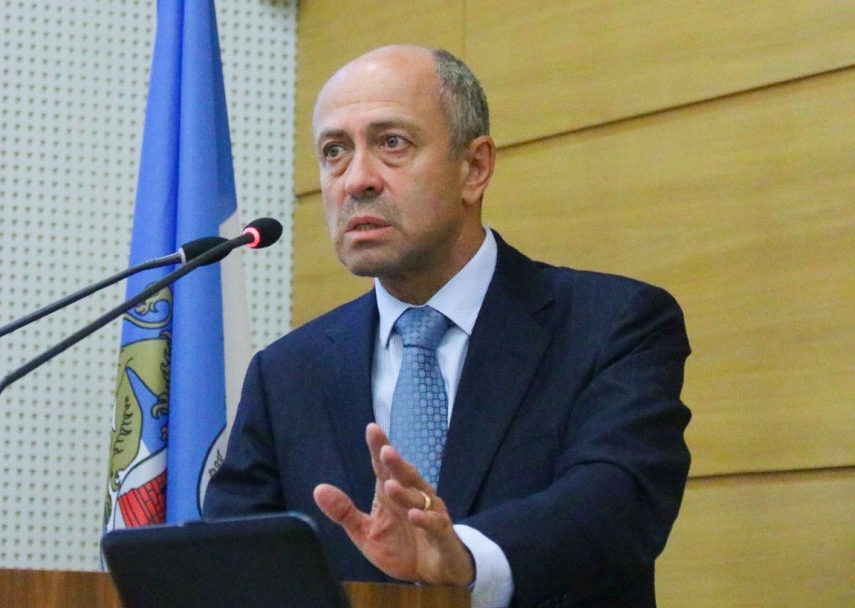 In total, 48 lawmakers took part in the elections, and 35 votes were cast for Burovs – 11 GKR lawmakers, four members of the Independent Lawmakers’ Group, three members of For Riga bloc, and 17 Harmony lawmakers.

Four Unity and seven New Conservative Party members did not participate in the vote and left the room before the vote started. The voting slip of independent lawmaker Baiba Broka was found invalid.

The new Riga mayor emphasized that he represents the interests of the whole municipality and has promised to be more politically neutral. He also promised to do everything he can to make Riga a city its residents could be proud of.

Burovs told members of the press that his first task will be to resume normal work within the City Council, as well as draw up next year's municipal budget. He also said that the municipality must also begin to seriously prepare for the implementation of the Rail Baltic project in the city.

Later today, the Riga City Council will vote on vice mayor candidates, as well as Freeport of Riga board members.

Problems at the Riga City Council started when long-term mayor Nils Usakovs (Harmony) was suspended from the position, but in he was elected to the European Parliament.

Shortly after the European Parliament elections, Dainis Turlais (GKR) was elected the Riga mayor, but the Riga City Council coalition split up and four lawmakers were expelled from the Harmony party. Turlais had been trying to form a new coalition for three weeks, but lost his position in a no-confidence vote on June 21.