BS/2 Awarded for achievements in Uzbekistan 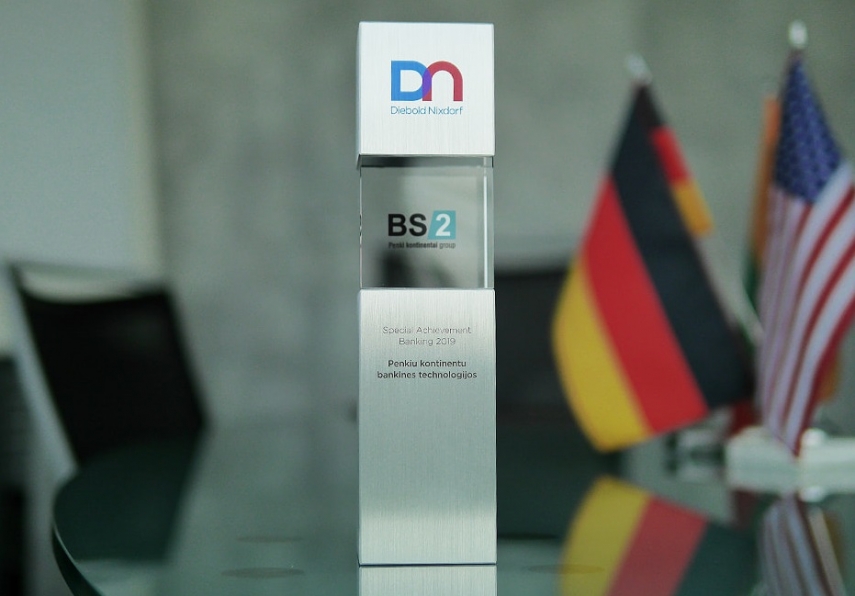 The Special Achievement Banking 2019 award was presented to BS/2 at the Banking Eurasia Partner Summit, held in Rome (Italy) on April 8-10. Over 120 delegates from 30 countries participated in the annual event, shared strategic plans for the future with their colleagues and discussed last year results.

We are pleased that the results BS/2 achieved in one of the major countries of Central Asia were recognized by our reliable partner Diebold Nixdorf. Currently, the financial sector of Uzbekistan is experiencing some major reforms. Banks are actively introducing innovations, increasing the number of ATMs and expanding the range of services. It is gratifying that our company can contribute to the development of banking in Uzbekistan by offering financial organizations advanced solutions for self-service devices,” says Anton Valinčius, director of BS/2 Uzbekistan.

The company BS/2 Uzbekistan was established more than 10 years ago. It contributes to the development of the local banking technology market. Today, the range of provided services includes the sale of specialized equipment and software, system maintenance, IT infrastructure monitoring, consulting, as well as other services catered to unique client needs.

According to Anton Valinčius, Uzbekistan is becoming one of the most attractive countries for foreign investors. In Central Asia, it ranks first in terms of population (over 32 million inhabitants) and second, (after Kazakhstan) in economic development.  Last year Uzbekistan embarked on the development of digital banks at the state level and improved the regulatory framework in the field of e-commerce.

In January 2018, the term “digital banking” appeared in the legislation, and revealed the need to develop the full range of modern technologies that allow interaction between banks, their customers and government through electronic communication channels.

BS/2 is the part of the Penki Kontinentai Group. The company, which has been operating for over two decades, represents the world's largest manufacturer of banking and trading equipment Diebold Nixdorf in 13 countries. In eight of them, BS/2 provides outsourced IT services. BS/2 service coverage is 25,000 units of equipment (ATMs, automated teller safes and information kiosks, etc.) In addition, BS/2 develops its own software solutions for security, cash flow management and optimization of business processes, which are highly appreciated by the experts and used in 80 countries of the world. BS/2 clients include the biggest banks in the Baltics, Central Asia, Transcaucasia, Eastern Europe and other regions.

Marine Digital CEO: “Life never fails to surprise me, in business too!”