Broka claims corruption does not have a place in her life 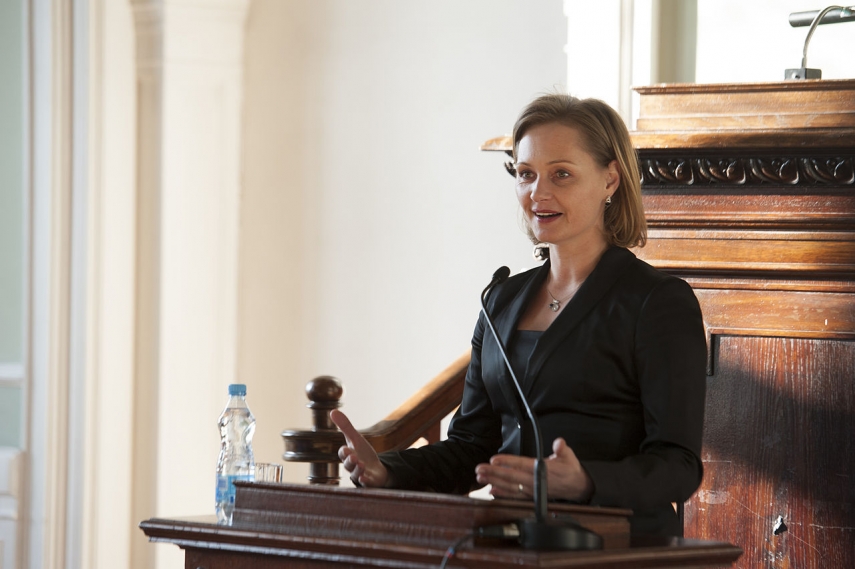 RIGA - The now-suspended University of Latvia vice-rector Baiba Broka, who was also voted to the Riga City Council from the National Alliance's ticket, says that she will cooperate with the Corruption Prevention Bureau (KNAB) in the corruption case against her.

She also plans to call a press conference tomorrow, where she intends to answer questions from members of the press, she posted on her Facebook profile.

Broka also said that she has temporarily stepped down as the deputy head of the National Alliance's group at the Riga City Council.

''I completely trust Latvian law enforcement institutions, including the KNAB. The KNAB officers I have encountered during this situation acted very professionally. Now my duty is to answer all the questions being asked by law enforcement. I am interested in solving this absurd situation. I support clean politics and sports. Corruption has no place in Latvia, Riga, as well as within my work and life,'' she wrote.

As reported, the Corruption Prevention Bureau yesterday released from detention Broka, as well as businessmen Guntis Ravis and Ivars Millers.

The bureau earlier said it had information that a public official, as a deputy chairperson of a procurement commission, could have supported certain businesspersons by accepting a bribe, which was registered as a donation to a society. The bribe amount was at least EUR 20,000. LETA has information that the bribe money was registered as a donation to the Broka-led Latvian Biathlon Federation.