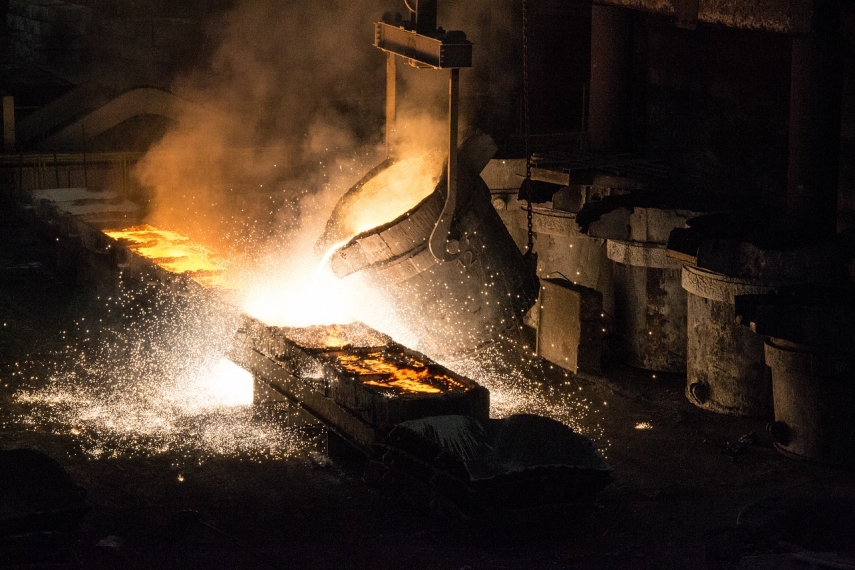 RIGA – The British Steel consortium has repeatedly voiced a wish to purchase Latvia’s insolvent KVV Liepajas Metalurgs steelworks as a whole, according to a letter written by British Steel at the disposal of LETA.

A consortium that includes British companies British Steel and Greybull Capital and Estonian company Baltic Metal Holding in a letter dated with April 17 to KVV Liepajas Metalurgs insolvency administrator Vita Dika, Janis Ribens, a board member of Privatization Agency’s subsidiary FeLM, and Citadele Bank confirmed its interest to purchase all assets of the insolvent company.

According to information at the disposal of LETA, the British Steel consortium already voiced a similar wish to purchase the company already in February by sending a letter to the responsible officials. In February British Steel noted that the outdated rolling mill should be replaced and voiced readiness to invest EUR 60-75 million in replacement of the equipment.

The company also voiced readiness to sign a protocol of intent with the current owners of KVV Liepajas Metalurgs on acquisition of assets.

British Steel called on KVV Liepajas Metalurgs insolvency administrator to cancel all previous and future auctions in order to preserve all assets as a whole.

As soon as all involved parties have signed the protocol of intent, British Steel is ready to pay a deposit that would prove its resolution.

An attempt to sell insolvent KVV Liepajas Metalurgs company’s electric steel casting plant along with its equipment failed on March 28 as the auction drew no bidders.

At the end of March two company’s real estate properties were sold in an auction. Some other real estate auctions should conclude on April 20.

Liepajas Metalurgs metallurgical plant based in the Liepaja port city in south-western Latvia was first declared insolvent after it failed to repay a state-guaranteed loan to an Italian bank. The government sold the plant to Ukrainian investors, KVV Group, in late 2014.