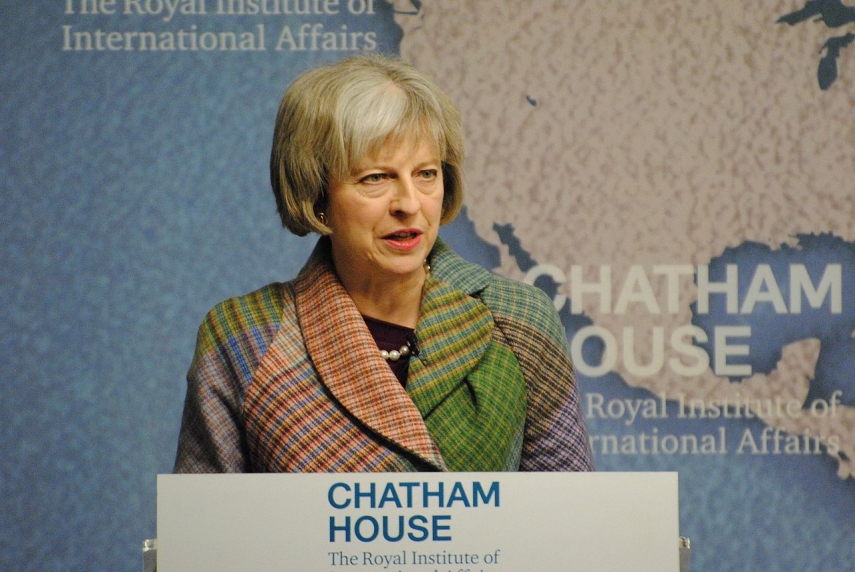 LONDON - British Prime Minister Theresa May on Tuesday said Britain will leave the EU's single market in order to restrict immigration in a clean break from the block, but lawmakers can vote on the final deal.

"Brexit must mean control of the number of people coming from Europe, and that is what we will deliver. What I am proposing cannot mean membership of the single market," May said.

She added that Britain would seek a trade deal giving "the greatest possible access" to the market on its departure.

“We are leaving the European Union, but we are not leaving Europe," the British prime minister said. The referendum last year on the British withdrawal from the EU was ”a vote to restore, as we see it, our parliamentary democracy, national self-determination, and to become even more global and internationalist in action and in spirit," she said.

Brexit means that "the days of Britain making vast contributions to the European Union every year will end," May said.

"A Global Britain must be free to strike trade agreements with countries from outside the European Union too. Because important though our trade with the EU is and will remain, it is clear that the UK needs to increase significantly its trade with the fastest growing export markets in the world," the prime minister said.

Britain has two years to negotiate a break-up deal once May triggers Article 50 of the Lisbon Treaty, officially declaring the country's intention to quit, or face leaving with no agreement. May has promised to trigger Article 50 by the end of March, and said that she believed a final settlement and trade deal could be simultaneously negotiated within the timeframe. "We will work to avoid a disruptive cliff-edge, and we will do everything we can to phase in the new arrangements we require as Britain and the EU move towards our new partnership," she said.

The prime minister also announced that any divorce deal with the remaining EU members must be approved by votes in both chambers of Britain's parliament.

"I can confirm today that the Government will put the final deal that is agreed between the UK and the EU to a vote in both Houses of Parliament before it comes into force," she said.