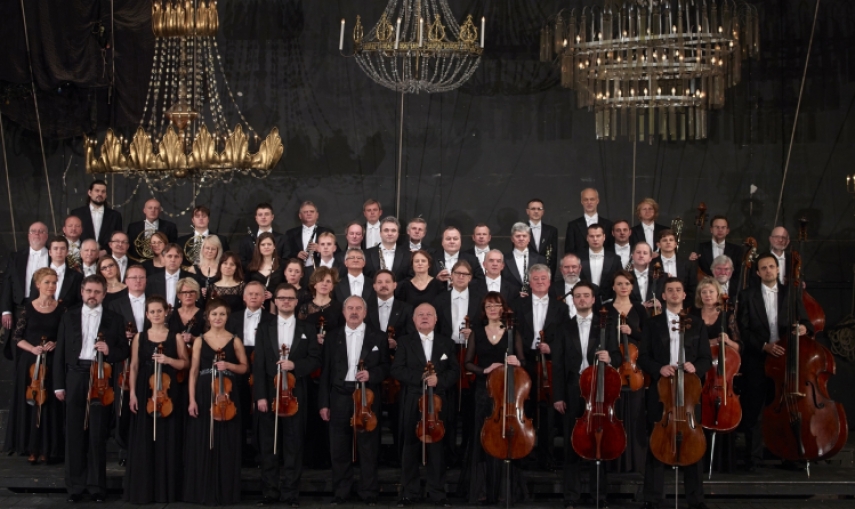 One hundred years of history, the magic of the northern lights, “indie-pop fairies” and “golden parasites”. Classical and popular music concerts, film screenings, exhibitions, literary evenings and an exciting symposium: this year’s Bridging Europe festival, the joint event series of the Budapest Festival Orchestra and Müpa Budapest, will focus on the rich cultural offerings of the Baltic countries - Estonia, Latvia and Lithuania - and Poland. The festival kicks off on 16 September with a concert by Piotr Anderszewski and the Sinfonia Varsovia, and will offer visitors countless other unique experiences.

For the sixth time since its launch, the Bridging Europe festival showcases a selection of artistic creations from countries with intriguing cultural values. This fall, visitors will have an opportunity to immerse themselves in the diversity of the Baltics and Poland. “Let’s take a leaf out of Béla Bartók’s book, who, in addition to Hungary’s traditions, also researched the folk music of neighbouring countries with academic thoroughness and great dedication. Now that we all belong to one great European family, let’s start getting to know the cultures of our new family members. I promise that you will discover real gems when listening to the music of the Baltic countries and Poland”, says Budapest Festival Orchestra musical director Iván Fischer. “Several important turning points in European history also stand for celebrations of freedom and so we are particularly proud to have Poland and the Baltic states as the focus of our festival on the centennial of the declaration of their independence. We should all marvel at the exceptional cultural richness of these four countries. Believe me: the experience of discovery is one of the most exciting things in the world!”, Csaba Káel, CEO of Müpa Budapest, pointed out.

For the grand kick-off concert of the festival on 16 September, world famous Polish pianist Piotr Anderszewski will join the orchestra of the Sinfonia Varsovia and the outstanding Polish-Russian conductor Andrey Boreyko on stage at the Béla Bartók National Concert Hall to perform masterpieces of 20th century Polish and Baltic music, along with a piece by Kodály. The Budapest Festival Orchestra also has some real treats in store. On 21, 22 and 24 September, the spotlight will be on the mystical music of the Estonian Arvo Pärt, one of the most frequently performed contemporary composers. The performance of Čiurlionis’s symphonic piece, accompanied by projected images of the composer’s paintings, as well as the pure and minimalist composition of the Latvian Pēteris Vasks also promises to be an unforgettable experience. On 25 September, the BFO’s contemporary ensemble will take the stage to perform the music of the Estonian Tõnu Kõrvits, which shows the magically pulsating natural phenomenon of the northern lights through the eyes and soul of one man. The concert will feature the Portuguese Pedro Carneiro as a soloist, for whom an ornate piece entitled Ardor (fervour, passion, light) was composed by the Estonian Erkki-Sven Tüür. Following some hypnotic and passionate pieces, we will move on to a solid and dark symphony of another Estonian, Eduard Tubin. On 26 September, at the BFO’s Baroque concert concluding the festival, the Orchestra will take the audience to land of the Polish, presenting a wide spectrum of music from refreshing early Baroque melodies to uplifting singing compositions. These pieces, little-known to Hungarian audiences, will be performed alongside the works of the great German composer of the period, Johann Sebastian Bach.

The sweethearts of Baltic fusion pop music will also visit Budapest on 19 September. The six young female singers of Sus Dungo give the impression as if they appeared from a modern fairy tale. In addition to all of them being singers, the members of the formation - sometimes referred to as “indie-pop fairies”, - are adept at almost every instrument of the musical palette, including the accordion, the recorder, the flute, various percussion instruments, the drums, the guitar, the ukulele, the piano and the xylophone-like metallophone. Initially formed as a duo, the Lithuanian Golden Parazyth has expanded to a quintet; its versatility is illustrated by the diversity of bands they had opened for, including the English synth-pop duo Hurts, the electronic music group Underworld, the Icelandic techno-downtempo-ambient phenom Gusgus, the Canadian R&B group Rhye as well as the world-famous Lana del Rey, who recently performed in Hungary.

“Remember your past, but keep living in the future”, quoted the Warsaw Village Bandthe group Burning Spear on its album entitled Uprooting. This is by no means a just a catchy slogan, since the “village band from Warsaw” strives consistently to bridge city and village culture, the past and the present, archaic and modern toolsets and the eastern and the western world in its performances. It will give festival audiences a taste on 21 September.

The festival offers movie aficionados free film screenings: the historical movie Defenders of Riga is based on the events of November 1919, while the mysterious title of Violetta Rotter-Kozera’s documentary - “Please Find - Henryk Mikołaj Górecki” - is a reference to the tremendous popularity of the Polish composer of the early 1990s and the emotional story that emerges from a letter written to him. 100 Years Together is an artistic visualization project, which shares the recollections, experiences and stories of Lithuanians who are the same age as their country, and their families through photographs and a documentary. The 2017 film entitled November is based on the novel Rehepapp (published in English under the title Old Barny a.k.a. November) by the Estonian Andrus Kivirähk, which has become a bestseller over the last twenty years.

Literature enthusiasts will be treated to an evening based on the works of Witold Gombrowicz, the best-known Polish writer. Though the performance is based largely on his Diary, the evening will also feature select figures from his prose - in addition to his three dramas, Yvonne, Princess of Burgundy; The Marriage; and Operetta - brought to life by Kinga Kátai, Csaba Sorbán, Tünde Szalontay and Pál Sztarenki.