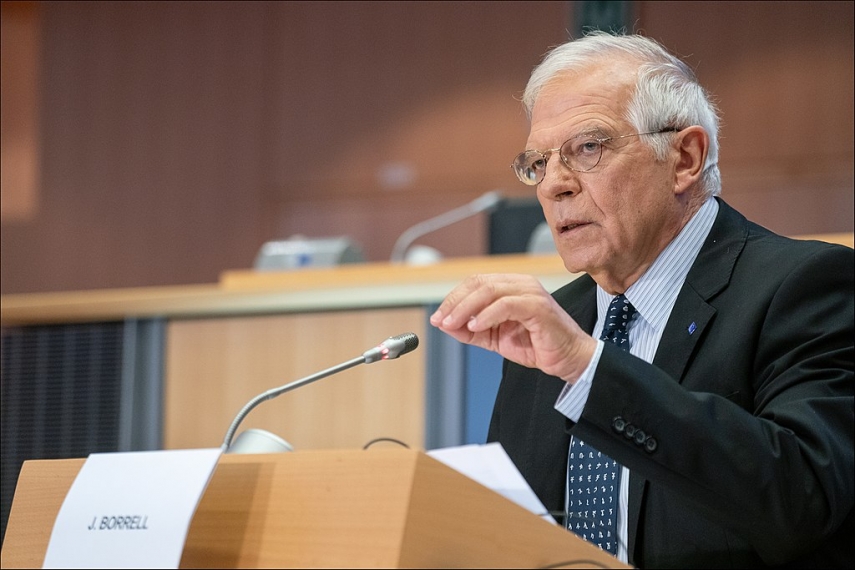 "The latest distributed denial-of-service (DDoS) attacks against several EU Member States and partners claimed by pro-Russian hacker groups are yet another example of the heightened and tense cyber threat landscape that EU and its Member States have observed," he said in a statement on Tuesday. "We strongly condemn this unacceptable behavior in cyberspace and express solidarity with all countries that have fallen victim."

The EU remains determined to address and investigate malicious cyber activities affecting international peace, security and stability, including the security of the European Union and its Member States, their democratic institutions, citizens, businesses, and civil society, the top EU diplomat said.

He also urged all UN member states to adhere to the UN framework of responsible state behavior in cyberspace in order to ensure international peace, security and stability. "We call upon all states to comply with their due diligence obligations and urge them to take appropriate actions against malicious cyber activities conducted from their territory," Borrell said.

The EU continues to closely monitor the situation in view of taking further steps where necessary to prevent and counter such malicious behavior in cyberspace, he underlined.

Lithuanian Deputy Minister of National Defense Margiris Abukevisius says this statement is a "very important signal" that such activities are unacceptable and those responsible for them will face consequences.

"Clearly, DDoS attacks against Lithuania, other EU countries and partners are an integral part of Russia's war in Ukraine," the vice minister was quoted as saying in the ministry's statement.

Lithuania's cyber security and law enforcement institutions are working with international partners and a pre-trial investigation has already been launched to legally assess the criminal activity and bring those involved to justice, Abukevicius said, adding that further joint EU diplomatic measures are not ruled out.

In the face of Russia's military aggression against Ukraine, the EU and its member states strongly condemned cyber attacks against Ukraine earlier this year and hold Russia responsible for cyber activities targeting the KA-SAT satellite network.

Lithuanian state institutions, private businesses and online media have recently been hit by DDoS attacks, with the Killnet group, which Lithuanian officials say is linked to Russian intelligence, claiming responsibility for them.