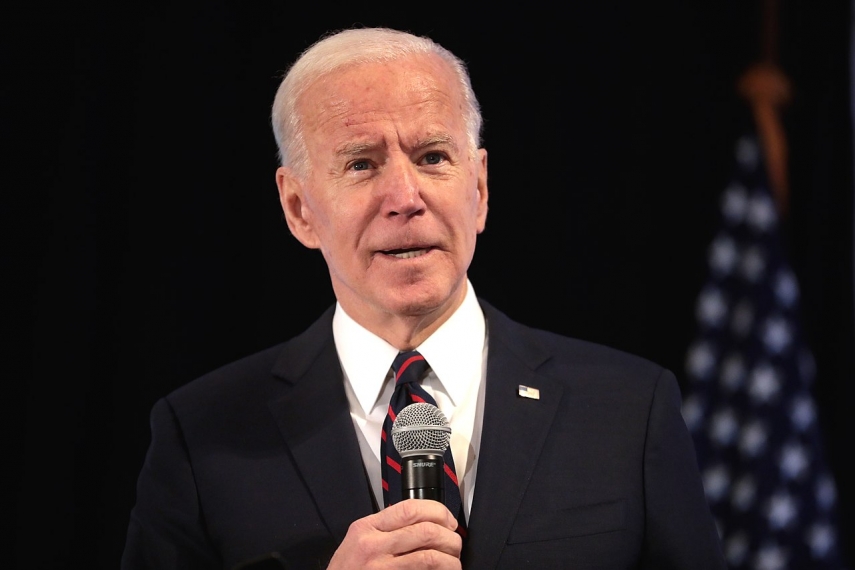 Ukraine's President Volodymyr Zelensky thanked Biden for his "strong support" and tweeted that they'd spent 90 minutes on the phone.

Zelensky said that Biden briefed him on his Tuesday video summit with Russian President Vladimir Putin and they "discussed possible formats for resolving the conflict" in eastern Ukraine, where Russian-backed separatists have carved out a self-declared state.

There was no immediate readout from the White House on the call, which reporters could see Biden making through a window of the Oval Office.

The White House said that after Zelensky, Biden spent 40 minutes talking to the leaders of Bulgaria, the Czech Republic, Estonia, Hungary, Latvia, Lithuania, Poland, Romania and Slovakia -- all of which, unlike Ukraine, have joined NATO in the wake of the 1991 Soviet collapse.

The calls came as the United States and European partners are pressuring Putin to step back from Ukraine, where nearly 100,000 Russian troops have massed on the border.

Western and Ukrainian officials say they fear Russia -- which already seized Ukraine's entire Crimea region in 2014 and backed a separatist rebellion in the east -- is preparing an even larger scale invasion.

Putin says Russia has no intention of invading but is adopting a defensive posture out of alarm that Ukraine is getting too close to the Western NATO military alliance.

But Biden warned Putin in their two-hour video summit this week that Russia would face economic sanctions "like none he's ever seen" if the troops do attack.

Biden is closely coordinating with major European powers, reaching out to the leaders of Britain, France, Germany and Italy both before and after the Putin video summit.

Thursday's calls switched focus to countries right on the frontline of the power struggle between the West and Russia over territory once entirely under Soviet control.

US options for assisting Ukraine are limited, as the country is not in NATO and the United States has no appetite for direct military confrontation with Russia.

Still, the United States helps train Ukrainian forces and has committed more than $2.5 billion to bolster a military that crumpled in the face of the Russian assault in 2014.

Biden said that deliveries of that kind of "defensive capability" would be boosted if the conflict escalates.

The US president says the possibility of sending American troops into Ukraine's fight is "not on the table." But when it comes to the nine eastern flank NATO countries, Biden is promising the opposite.

"We would probably be required to reinforce our presence in NATO countries to reassure particularly those in the eastern front," he said.

Biden and European leaders are also talking up their willingness to impose harsh economic penalties on Moscow over any further Russian attack.

Among them, the new German chancellor, Olaf Scholz, warned of "consequences" for the Nord Stream 2 pipeline, a controversial Russian project to deliver natural gas to Germany.

Putin is demanding legal guarantees that NATO will halt its eastward expansion short of Ukraine, which wants to join the alliance, but is nowhere near being accepted.

And the Kremlin says any eventual stationing of offensive US weaponry, like missiles, in Ukraine would cross a red line.

It's still unclear how far Washington is ready to go, if at all, in meeting the Russians' demands.

However, Biden did say that negotiators were looking at "whether or not we could work out any accommodations as it relates to bringing down the temperature along the eastern front."

In Moscow, the foreign ministry said Thursday that Russian diplomats had begun working on follow-ups to the summit. No details were given.

Zelensky called on the breakaway statelets to open checkpoints allowing people living in separatist-held regions to cross into territory controlled by Kiev.

"Especially now, before the Christmas and New Year holidays, this is very important from the humanitarian point of view," Zelensky said Wednesday.