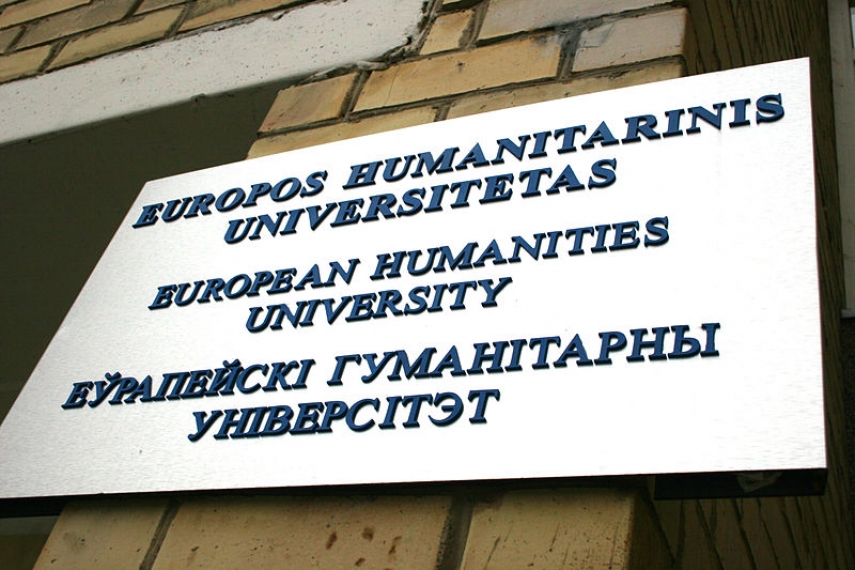 On 30 January, at a meeting in Vilnius, Lithuanian Minister of Foreign Affairs Linas Linkevicius, encouraged representatives of all governing bodies of the European Humanities University (EHU) to unite to achieve common goals, ensure smooth operations of the university, and meet its commitments to its students, Belarusian society and the international donor community, Lithuania's MFA said.

The minister met with Anatoli Mikhailov, president of EHU, Garry David Pollick, interim rector, Daniel Tarschys, chairman of the Governing Board, Danu Davidson, chairman of the Search Committee, Ryhor Miniank, chair of the Senate, Dzianis Kuchynski, president of the EHU Students' Union, Maksim Milta, representative of EHU Alumni, EHU vice-rectors and members of the Governing Board.

During the conversation Linkevicius noted that the 10th anniversary of EHU presence in Vilnius is a wonderful opportunity to review what has been done and take a new look at EHU; moreover it was an initiative of EHU students and alumni voiced in the beginning of January and they called for a broad debate on strengthening and the future of the university.

Linkevicius highlighted that international community sees EHU as a democratic project and it requires the university to carry out all the processes in a transparent and democratic manner. Therefore the search for rector is extremely important in this context.

The minister noted that the current search for a new rector has attracted a great deal of attention in Belarus and Lithuania, as well as in other countries and reminded the audience that the role of rector is a highly meaningful for the university, Belarusian society and the international community.

During the meeting, Linkevicius expressed his hope that the best candidate will be selected as the leader of the European Humanities University and trust of all stakeholders will be restored via a transparent and democratic process. The minister reassured the audience that Lithuania would continue to provide comprehensive support for EHU's activities and engage in close cooperation with representatives of EHU governing bodies and international donors.

EHU became a university-in-exile in 2005, when it opened in Lithuania after its operations were shut down in Belarus the previous year. This university is still unwelcome in Belarus. EHU claims that it enables students to acquire education unbound by ideological constraints, providing them not only with academic knowledge but also with the opportunity to develop as versatile, civic-spirited and independent-minded personalities - the future leaders of Belarusian society. The university has around 1,500 students, approximately 95% of whom are Belarusian, according to their website; it also says that the university "intends to return to Belarus when it is convinced that academic freedom and the independence of the university can be assured."