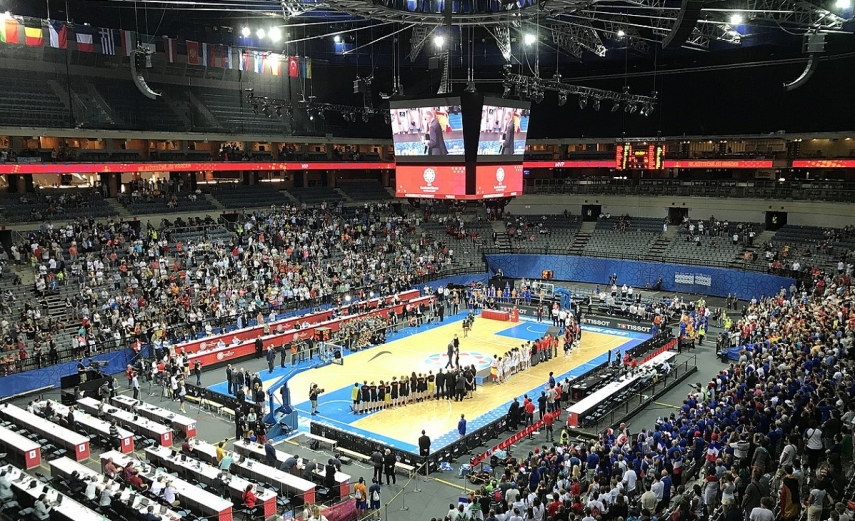 RIGA - The Latvian Basketball Association (LBS) will request additional funds from the Riga City Council and the government to cover costs associated with the organization of this year's European Women's Basketball Championships (EuroBasket).

The LBS met for an emergency meeting yesterday to discuss the situation around the organization of the tournament.

After the meeting, the president of the LBS Valdis Voins said that the Education and Science Ministry's decision not to cover the increase in the costs of the organization of the tournament, and just allocate the originally agreed funding, will not solve the problem.

Voins said that the tournament's costs were calculated in 2017, and that several costs have increased during the past two years. Thus the LBS has turned to the government to ''help solve this problem''.

The LBS will also turn to the Riga City Council to request additional funds for the organization of the tournament.

As reported, the organization of the FIBA Women's EuroBasket in Riga and chances of basketball players to qualify for the 2020 Tokyo Olympic Games are under threat, said the board of the LBS last week.

LBS reported that the National Sports Council on March 28 decided not to allocate funds for organization of the women’s European championship in Riga, while the Riga City Council decided to co-finance just 25 percent of the estimated costs.

In 2017, the LBS informed the Education and Science Ministry and the National Sports Council on the plan to organize FIBA Women’s EuroBasket in Riga in 2019, and the estimated co-funding from the state was set at EUR 600,000. On March 29 that year, the National Sports Council officially supported the initiative, and on June 24 FIBA granted Latvia the right to organize a part of the championship in Riga.

From November 2017 until January 2019, five payments for the total sum of EUR 435,000 have been made in line with FIBA requirements. At the same time, in November, the Education and Science Ministry was informed on an objective increase of estimated costs by EUR 247,240, mostly on the account of higher accommodation, catering and transport costs and increase of FIBA standards.

On March 28, the National Sports Council did not support allocation of these additional costs.

LBS reports that thus there is a serious threat to organization of the even tin Latvia. If the championship is not held, Latvia will lose the EUR 435,000 already paid to FIBA, and FIBA may impose disciplinary and financial sanctions, including disqualification of the Latvian basketball teams.