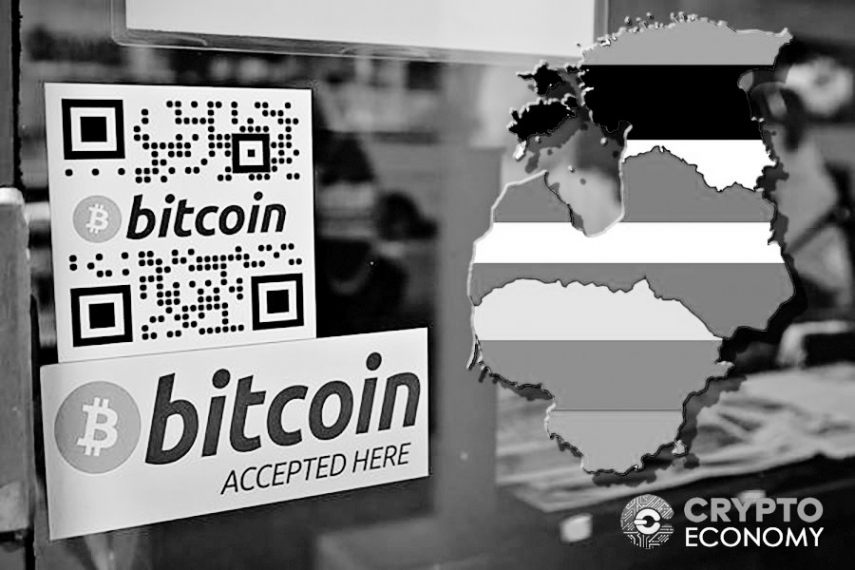 Caution, mistrust and hasty prejudices permeate the Baltic state Central Banks in their approach to local crypto-currency markets. The financial market watchdogs in Lithuania, Latvia and Estonia insist unanimously that they are “closely” monitoring what is going on in the realm of virtual currency and are each looking over their shoulder for directives from Brussels.

“Cherishing the image of being innovative and bitcoin-friendly countries, these countries do not want to throw out the baby with the bathwater. Yet, fear that crypto-currencies can do more bad than good is big, hence the nervousness and the resolve to regulate the market, even without orders from Brussels,” a top-brass manager at a Lithuanian financial company told The Baltic Times.

Perhaps Estonia, the tiniest of the three and the most advanced technologically, embodies these apprehensions best.

Known as a Skype, Taxify and e-services country, it backed away from the idea of creating estcoin as the national crypto-currency.  The euro estcoin, proposed by Enterprise Estonia, a company set up to promote Estonia, would have fallen into the category of a crypto asset linked to the traditional currency.

However, the maverick Baltic country has killed the idea for now.

“I have to admit that we were struggling at Eesti Pank (Estonia’s Central Bank) with how to comment on this proposal, as it did not spell out clearly the practical problem for e-residents that such a crypto asset would best solve,” Madis Müller, Deputy Governor of Eesti Pank, said on his blog “Crypto assets – a bubble or the future?” in mid- January.

According to Müller, it would not have given an “obvious advantage” over regular bank transfers as a method for payments.

“Especially so given that in a year’s time we expect instant payments to become the new norm in Estonia, allowing retail payments between banks to be settled in a matter of seconds and seven days a week,” he underscored.

Lithuania, the leader of the Baltic crypto-market and known for its Blockchain Center launched in Vilnius late January, is as much cautious with crypto-market developments as its northern neighbour.

“This market poses a big challenge for the supervisors worldwide. It is not regulated and very risky,” Marius Jurgilas, a member of the Board of the Central Bank, told The Baltic Times.

Although, in general, virtual currencies and ICOs in Lithuania are not regulated by the Central Bank, the regulator is taking up a pro-active approach to interfere in crypto developments.

“We are analysing different ICO models and the different characteristics of coins and, in some cases, they may be subject to legislative requirements, for example, the provisions of the Law on Securities. In addition, the issuance of ICOs and dealing in virtual currencies may be subject to general fraud/financial crime allegations, but that is the mandate of Lithuania’s Financial Crime Investigation Service,” Jurgilas emphasized.

“There is also an early stage discussion going on about the need to have virtual currency exchanges operating in Lithuania to be registered,” he added.

In the bid to be a part of the game, last spring, Lithuania’s Central Bank called on software developers to help it with setting up a Central Bank-controlled blockchain platform, LBChain. It had to help Lithuanian and international companies to conduct blockchain research, so they can adapt and test blockchain-based services within the framework of the regulated financial sector.

“We have decided to take the pre-commercial procurement route, which allows us to buy a service for the development and creation of a product that is not yet on the market. We have already selected 4 companies (Deloitte, IBM, Tieto in partnership with R3, Inntec) to proceed with the research on the LBChain platform-service,” the Bank official said.

“The next stage of the project in to allow selected companies to research and develop the concept. It will start in a couple of days,” Jurgilas said.

“The current FCMC strategy is based in closely monitoring the situation and in the identification of potential risks. As well as issuing warnings to market participants,” she said.

In order to implement the latest EU Anti-Money Laundering Directive (AMLD 5), Latvia has passed amendments to the national law and introduced the legal definition of virtual currency as well as identified certain virtual currency service providers, all of which will be subject to regulation from 1 July 2019.

“As to other initiatives, the FCMC has issued an opinion on the Initial Coin Offering. Basically, in certain cases, ICO initiatives might be subject to the Law on Financial Instruments Market. However, due to the many varieties of ICOs, each case should be evaluated individually in order to determine whether it needs to be a licensed activity,” she said.

According to her, the regulator is of the opinion that current regulation is sufficient to cover financial services including the crypto currency element in them.

“We stick to the ‘substance over form’ approach,” Jansone underlined.

She stated that the FCMC firmly believes that any future regulation regarding crypto companies and crypto currencies should be as universal and international as possible.

“Yet considering the international and cross-border character of the phenomenon,” she noted.

According to Jansone the FCMC's main concern always lies with the money laundering/ terrorism financing (ML/TF) risks posed by the crypto market due to its anonymity.

“Nevertheless, the Commission draws a line between crypto market and blockchain technology. We fully support the responsible development of innovative technology (blockchain) and its use. We see the potential use of the technology in data bases, in copyright, digital IDs, etc,” the FCMC representative accentuated.

“The FCMC is, however, concerned about the dishonest ICOs which in reality operate like, for example, the Ponzi schemes, attracting investments from unprofessional investors and then disappearing with their investments. Therefore, the FCMC would like to urge that before investing in any such project to make sure that the company publicly attracting these investments is properly licensed,” she said.

To get the crypto-market under a relevant control, Latvian authorities are working on a draft law that, if enacted, will help persons with income in crypto-currencies liable to pay income tax. According to Latvian media sources, the political will is there and the law should go into effect before 20 December this year.

According to Alexander Kitschenko, an investor and a member of Latvia’s Bitcoin Association, the implementing of the legislation will be “problematic” due to the nature of crypto-currencies.

“The cryptocurrency wallets are set up in the digital realm which is mostly beyond the reach of taxation authorities … Only those who use the conventional trading systems can be identified easily …I, however, wonder whether the state tax inspectorate employs enough human resources to track all the crypto-currency transactions. The work is more in the area of research and every case has to be taken individually,” he said.

According to the Latvian Finance Ministry, 20% tax can be imposed on capital gains from deals with crypto-currencies. Latvia recognized crypto-currencies in April in order to tax them later.