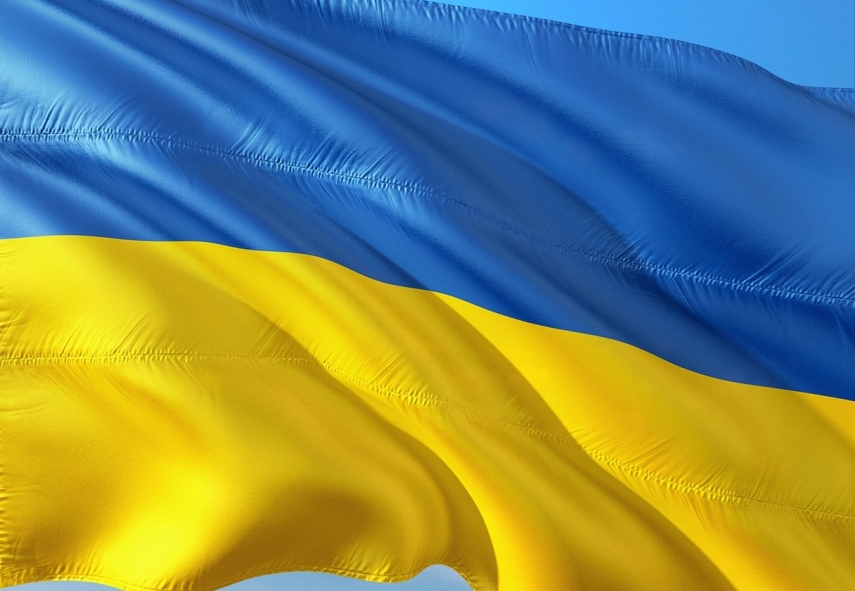 KAUNAS – The Baltic defense ministers met in Lithuania's second-largest city of Kaunas on Tuesday and expressed solidarity with Ukraine and agreed that their countries stand ready to provide necessary assistance to the country fearing Russia's invasion.

"Assistance varies and includes military and non-military assistance. (…) But assistance will be provides and that's a fact," Lithuanian National Defense Minister Arvydas Anusauskas told reporters after the meeting.

Anusauskas and his Latvian and Estonian counterparts Artis Pabriks and Kalle Laanet discussed regional security issues and cooperation within the EU and NATO, and signed an agreement on guidelines for Baltic cooperation in 2022.

"Baltic solidarity and unity does not change in the face of the existing security challenges, and the connection among the Baltic defense ministries remains strong," Anusauskas said.

The Lithuanian minister also said Ukraine could be provided with a field hospital and received assistance in the form of thermovisors.

During their meetings, the ministers also discussed Russia's actions that are, Anusauskas said, aimed at destabilizing the security situation in the region and in the whole of Europe.

Russia has massed some 100,000 troops near Ukraine's border, sparking fears in the West it plans to invade Ukraine.

Speaking about the situation near Ukraine's border, Latvian Defense Minister Artis Pabriks said "international sky before Christmas is overclouded with some dark clouds".

"We agreed that Russia's recent action, especially its military buildup near Ukraine's border, is a dangerous attempt at the sovereignty of Ukraine which is seeking NATO membership," Anusauskas said.

The Estonian minister said Russia's not trying to de-escalate the situation, continues with its military buildup and has made "absurd" demands.

In his words, they show "the Kremlin's goals have remained the same – changing the post-Cold War security architecture and reviving its zones of influence".

Support to Ukraine in this situation remains a priority, Laanet said, adding that the Estonian Defense Ministry is looking for ways to provide additional defense assistance to the country.

"Although we don’t see immediate military threat against the Baltic states at this very moment, we have decided to take some preparatory measures that would support raising defense readiness if the need should arise in the coming weeks," he said.

Pabriks says Ukraine is now defending European interests, demanding the right to decide its own fate, adding that it reminds of the path the Baltic states have gone through.

According to the Latvian minister, Russia's demands to the United States reminds of the situation before WWII when somebody else tried to determine the Baltic states' fate without their involvement.

"Our allies have changed and we have a strong confirmation from our allies that there will be no such talks, while at the same time we can see that the Russian side still thinks in the same manner," Pabriks said, adding that the Baltic states can feel safe because of their own and partners' forces in the region.

The Baltic ministers also agreed to coordinate their actions within international formats and stressed the presence of allied forces as a major guarantor of their security.

Anusauskas also said NATO and EU institutions adequately responded to the migrant crisis at the Baltic and Polish borders.

"We are grateful for received assistance and the understanding of the seriousness of this situation," he said.

Kyiv has been fighting pro-Russian separatists in the east of the country since 2014. The West have accused Moscow of having massed some 100,000 troops near Ukraine's border and getting ready for an invasions. Putin denies that his country's planning an attack, accuses NATO of fueling tensions and has demanded "legal guarantees" that the Alliance will not expand eastwards.