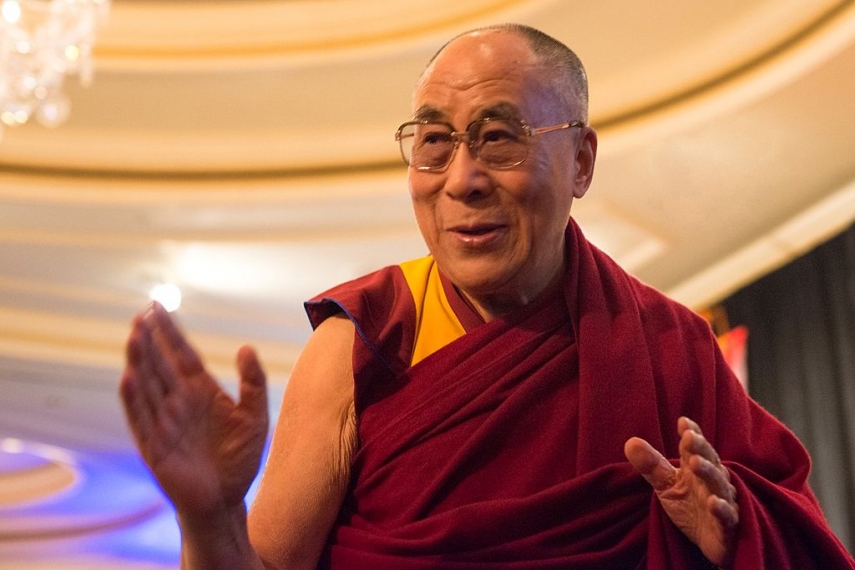 VILNIUS – The Baltic states know that the power of truth is stronger than that of guns, the Dalai Lama, Tibet's spiritual leader, said in Vilnius on Wednesday.

Giving a lecture on human values in education at Vilnius University, the Dalai Lama underlined that the Tibetans also have an advantage over China.

Speaking about the conflicts in Syria and Afghanistan, he invited people to find peace and dialogue in the 21st century, and has no doubt that a small country, like Lithuania, can make a significant contribution to that.

"I think you should make some significant contribution regarding the creation of a peaceful world, a peaceful century, a century of dialogue. Sometimes I feel smaller nations can make a bigger contribution rather than big ones," he said.

The Dalai Lama criticized international arms trade and emphasized the need for an arms reduction.

"Some nations, including America, are selling weapons. I think that's outdated. You may get some jobs, some money, but actually the very purpose of bullets is killing. We cannot eat bullets. I think, that in the 21st century, in order to create a peaceful century, we firstly have to think seriously how to reduce weapons," he said.

The Dalai Lama, who in 2011 stepped down as the political leader of Tibet's government-in-exile, said that much damage has been done to the Tibetan culture in the Chinese-ruled Tibetan Plateau.

"There is really some restriction learning Tibetan. This is short-sighted. And short-sighted, politically-minded people carry this kind of policy. That's unnecessary. I think, regarding the Tibetan problem, the more suppression, the more resistance is quite logical," he said.

According to the Dalai Lama, the current Tibetan political leadership represents an approach that implies not seeking independence, but demanding full realization of ethnic minorities' rights envisaged under China's Constitution.

"These should be implemented fully," he said.

The Tibetan spiritual leader emphasized that love and compassion is the central message of different philosophical and religious traditions in the world.

The Dalai Lama said that modern education systems are essentially based on materialism and are lacking in emotional hygiene and inner knowledge.

Although love, compassion, tolerance and forgiveness are considered religious realities, they are also important in the educational process in that they help to get rid of anger and problems it causes, he said.