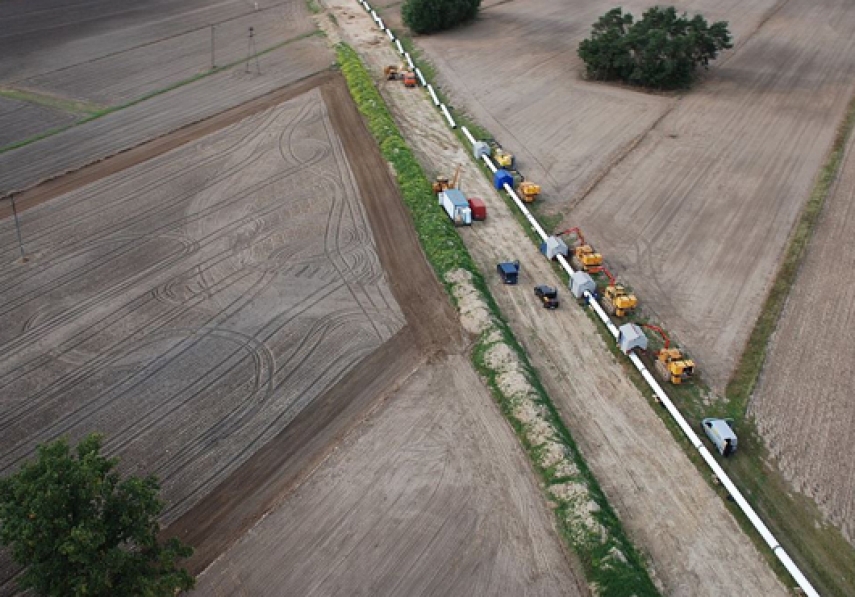 Construction work on the gas pipeline between Poland and Lithuania [Image: lngworldnews.com]

The three Baltic States have urged Poland and the EU to speed up work on a gas pipeline to link them to the European market and thus reduce their reliance on Russia for energy.

The prime ministers of Estonia, Latvia and Lithuania warned that time was of the essence in finalising a deal over European Union financial support for the 558-million euro ($600 million) gas link between Poland and Lithuania.

"Given the current geopolitical situation in Europe, close cooperation and coordination of actions among our countries is of crucial importance," the three prime ministers said in a letter to their Polish counterpart Prime Minister Ewa Kopacz and EU Commission chief Jean-Claude Juncker.

Russian intervention in Ukraine and military maneuvers in the Baltic region have stoked concern that the Kremlin could try to destabilise the countries that were in its orbit during Soviet times, including the Baltic States, the AFP new agency reports.

Construction is set to begin next year on the pipeline, which will extend more than 500 kilometers (300 miles) and have an annual capacity of 2.3 billion cubic metres.

The trio urged Warsaw "to take all possible steps to speed up the process of finalising the agreement with the (European) Commission," the executive of the 28-nation European Union.

Lithuania "sees the risk" that Poland may delay the project in a bid to secure more EU financial aid, an official in Vilnius told AFP, on condition of anonymity.

The Baltic States are trying to end their status as energy islands with few links to the rest of the EU, the AFP adds.