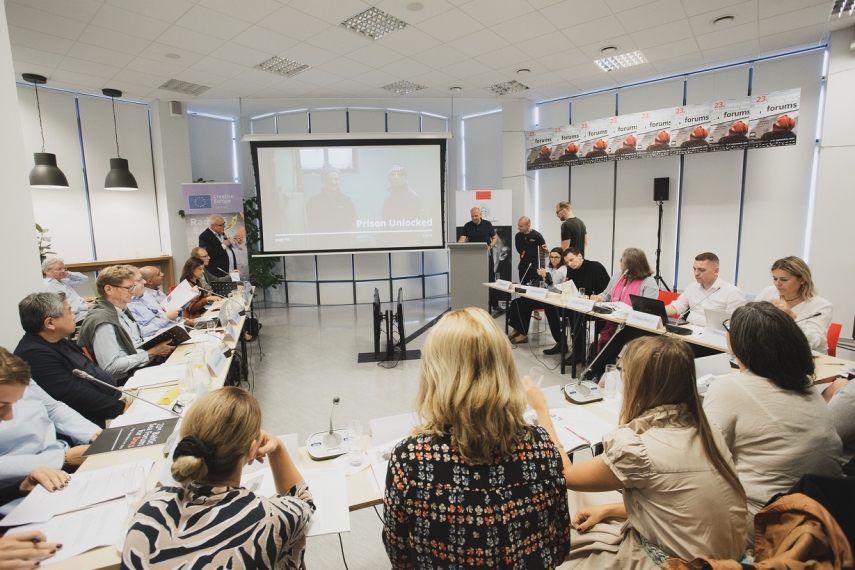 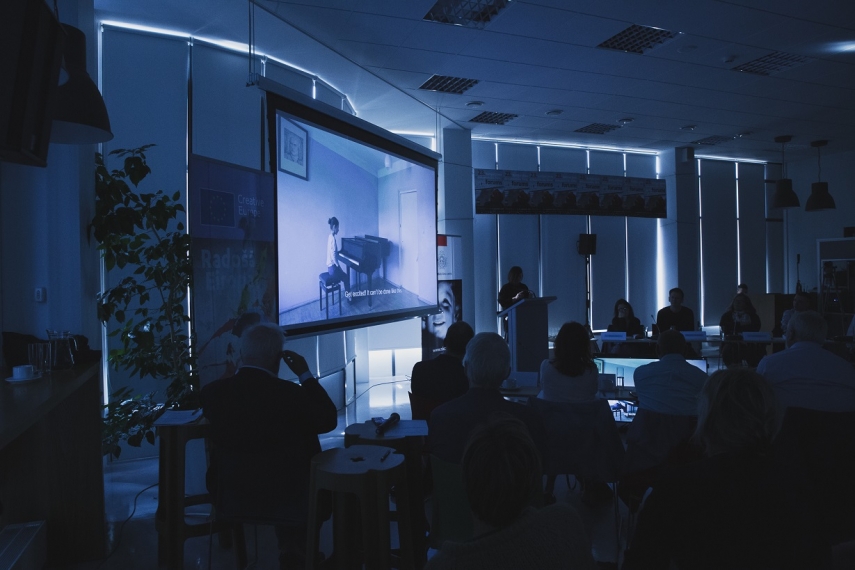 23rd Baltic Sea Forum for Documentaries (Baltic Sea Docs) was held in Latvia, 3 - 8 September 2019. During the Baltic Sea Docs, the pitching forum took place in Riga, presenting 25 documentary film projects to the panel of decision makers; the film programme was shown in the art house cinema K.Suns in Riga, as well as a selection of films screened in five regional towns (Cēsis, Jēkabpils, Liepāja, Rēzekne, Valmiera), but films from the previous Baltic Sea Docs editions were presented at online streaming platform Straume LMT.

Project manager of the Baltic Sea Docs, Zane Balčus, states: “This was a very successful and exciting edition of the Baltic Sea Docs. We introduced a few new features, which were very well received by the participants. In addition to the decision makers present in Riga, we had a couple of online decision makers, who had several individual meetings online with projects that corresponded to their institutions’ profiles. And this was the first year when the Baltic Sea Docs introduced and presented awards. All of the awards were focused on aiding the projects to be completed and reach their audiences – either in the form of editing, post- production facilities, or marketing campaign. This was my first year as the main person in charge of the event, and receiving very positive feedback from project participants, decision makers, tutors, and guests is truly rewarding. We’ve also reached a record number of spectators in cinemas, which once more confirms the importance of the Baltic Sea Docs also on the local level.”

This was the first year when the Baltic Sea Docs presented awards for the projects participating in the forum. The Baltic Sea Docs award was chosen by the committee of three jurors: editor Phil Jandaly, director Anna Eborn, and the Baltic Sea Docs co-ordinator Antra Gaile. The award is an editing consultancy with the editor Phil Jandaly for a duration of one year. The award went to the the project How to Save a Dead Friend (Russia), director Marusya Syroechkovskaya, producer Ksenia Gapchenko. Jury’s statement was as follow: “We are pleased to award the first Baltic Sea Docs award to a documentary whose bravery is matched by its creative energy. It’s a project that visibly wants to push boundaries, both as an exorcism, and a piece of art that favours love and compassion over judgement or anger.”

The Baltic Sea Docs partnered with two organizations which provided two other awards. Danish Culture Institute in Estonia, Latvia, and Lithuania, gave the marketing campaign consultancy prize which will be carried out by the Have Communications in Denmark. The prize was selected by Simon Drewsen- Holmberg, the director of the Danish Culture Institute, Lelda Ozola, head of the information centre of the Creative Europe MEDIA in Latvia, and Gitte Hansen, representative of the sales company First Hand Films (Switzerland). The award was given to a Ukrainian project Roses. Film – Cabaret by director Irena Stetsenko, producers Oleksandra Kravchenko and Oleg Sosnov.

The Latvian based post-production company BB Post House contributed with the prize – possibility to use post-production facilities in the amount of 3000 EUR. The award winner was chosen by Elīna Reinholde, representative of the company, Mandy Chang from BBC Storyville, and Zane Balčus, the Baltic Sea Docs project manager. This prize went to the project The Transition (Russia/ UK), directed by Gayane Petrosyan, and she is coproducing it together with Mike Lerner.

The film programme this year was comprised of 8 films, representing a variety of subjects, approaches, and countries. Among the films included in the programme were For Sama (2019, UK/ USA, dir. Waad al-Kateab, Edward Watts), Honeyland (2019, North Macedonia, dir. Ljubomir Stefanov, Tamara Kotevska), Gods of Molenbeek (2019, Finland, dir. Reetta Huhtanen), A Woman Captured (2017, Hungary/ Germany, dir. Bernadett Tuza-Ritter), and others. The greatest interest both in cinemas in Riga and regional towns received the film One Child Nation (2019, USA, dir. Dir. Nanfu Wang, Jialing Zhang), followed by Cold Case Hammarskjöld (2019, Denmark/ Norway/ Sweden/ Belgium, dir. Mads Brügger) in Riga, but outside the capital the second most watched film was Honeyland. The streaming platform Straume LMT screened the films Every Other Couple (2016, Finland, dir. Mia Halme) and Kolyma: Road of Bones (2017, Germany/ Russia, dir. Stanislaw Mucha). The total number of spectators reached over 4000, which was significantly more than in the previous couple of years.

The Baltic Sea Docs is organized by the National Film Centre of Latvia, with financial support from Creative Europe MEDIA, Ministry of Culture of the Republic of Latvia, and Riga City Council. The involvement of other institutions, which support the filmmakers’ attendance, is also important: Estonian Film Institute and Lithuanian Film Centre support the Estonian and Lithuanian projects regularly, but for the first time quite a few projects which were previously developed at B2B workshops received the grant from the organization to travel to the event.