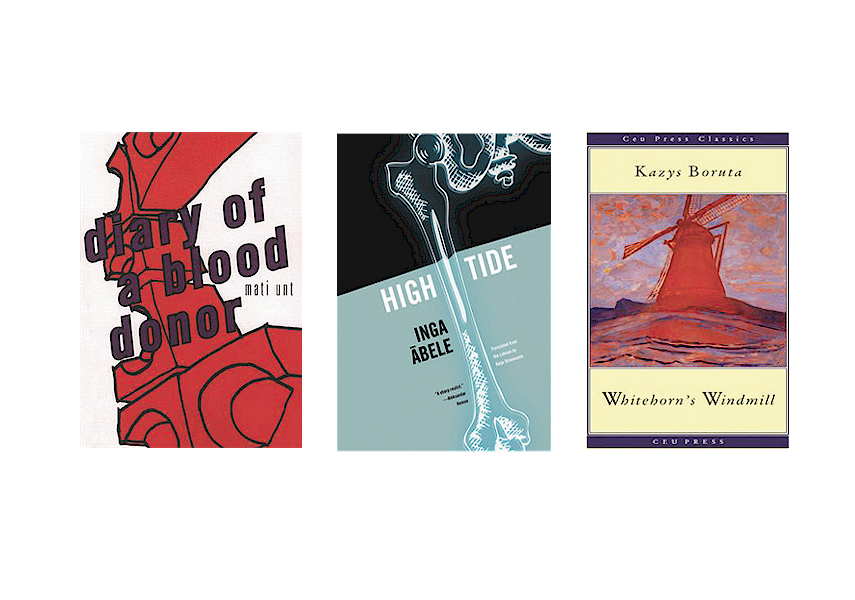 This novel by Lithuanian writer Kazys Boruta (1905-1965) depicts a miller whose daughter Jurga is being courted by suitors from near and far. Loving his daughter very much, he tries to protect her from the suitors as well as others, from priests and villagers all the way to the devil himself. His mill is impossible to get to, no matter how hard one tries, which is one of his many tricks in keeping people away.  The afterword by translator Elizabeth Novickas gives some insight into a work that by no means was easy to translate, but which is a worthy addition for anyone interested in Lithuanian literature.

Estonian author Mati Unt (1944-2005) was one of the literary stars of his generation, and his writing as well as work for the theatre influenced many a writer in Estonia. Based partly on Bram Stoker’s novel Dracula, the story starts with a writer named Joonatan who receives a mysterious letter that implores him to go to Leningrad for a meeting. After much thought and reasoning with himself, he decides to go. He is met by a city that is a full of vampires and superstition. The story also makes use of a few aspects of Estonian history, including Estonian poet Lydia Koidula (1843-1866). The side comments and musings on writing and life interspersed throughout the book made for an often amusing read.

The story revolves around a woman named Ieva, her husband Andrejs, and her lover Aksels. After marrying young and having a child named Monta, her life is changed forever when she meets Aksels. However the plot and time sequencing are turned upside down by telling it in reverse order, with the reader often caught in an almost dream-like state of what has and hasn’t happened.
Award-winning writer Inga Abele is one of today’s most well-known Latvian authors. Her short stories, plays and novels have been translated into several languages, including French and German. This is the first full-length English translation of one of her novels.