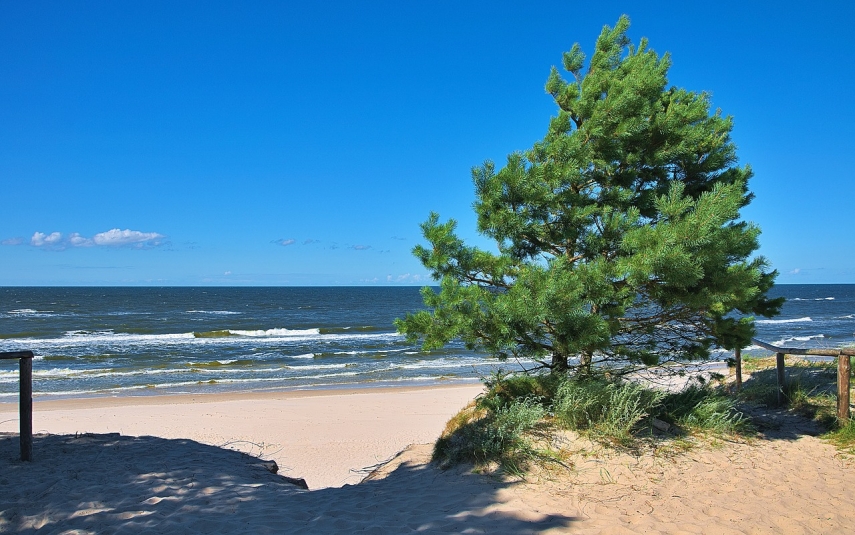 TALLINN - The Estonian team of the World Cleanup Day event and its sister organizations Liela Talka in Latvia and Darom in Lithuania are to focus on cleaning up the coastal areas of the Baltic Sea this year.

With this initiative, the Estonian, Latvian and Lithuanian teams want to draw attention to the Baltic Sea being one of the most polluted seas in the world, spokespeople for World Cleanup Day said on Monday.

What makes the Baltic Sea vulnerable is water exchange occurring very slowly through Danish straits and rivers carrying a lot of harmful substances linked to human activity into the sea, such as agricultural fertilizer residues, untreated waste water, pollutants and garbage.

"Garbage pollution in our beaches is a great concern. Cigarette butts and plastic bottles are the biggest problem. Reducing littering and the amount of garbage that reaches the sea is the objective of this year's World Cleanup Day in Estonia," leader of the Estonian team of the initiative Elike Saviorg said.

World Cleanup Day will take place on September 17 this year. During the cleanup event, people in nearly 190 countries will clean up garbage at beaches, in forests and on roads. Last year, over 40,000 people in Estonia, including close to 33,000 young people and children, took part in the event.

Organizers of World Cleanup Day invite everyone in the Baltic states to contribute to a cleaner marine environment. Businesses are likewise welcome to join. Fuel retailer Neste will join the initiative by simultaneously supporting this year's event in Estonia, Latvia and Lithuania.

Neste will donate 10 cents per each fuel purchase made via the company's app towards improving the environment of the Baltic Sea.

"It is important that all three countries contribute to cleaning up the beaches of the Baltic Sea, which enables to collect a significant amount of support for donations. Improving the condition of the Baltic Sea is best done through international cooperation between the public and private sector," Neste's marketing and communication manager Risto Sulluste said.

Donations by Neste to the World Cleanup Day organizations will be calculated from the purchases made with the Neste app in the period from July 1 to August 31 in all three Baltic countries. The Estonian, Latvian and Lithuanian environmental organizations will each receive an equal share of the collected funds.