Baltic cooperation as close as ever - PM Karins 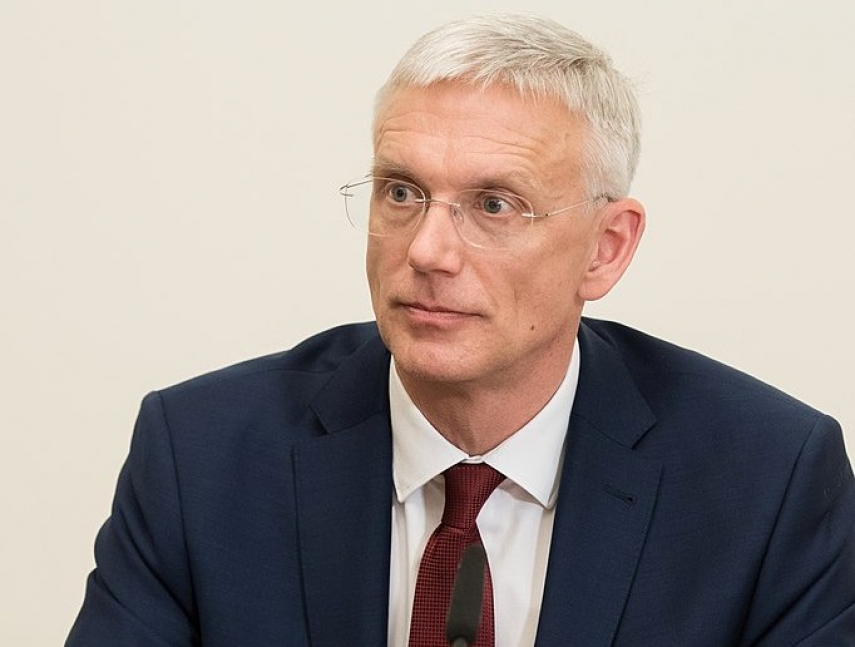 RIGA - Cooperation among the Baltic states is currently as close as ever, Latvian Prime Minister Krisjanis Karins (New Unity) told journalists following a meeting of the Baltic Council of Ministers in Riga on Monday.

The meeting had brought together Karins, Lithuanian Prime Minister Saulius Skvernelis and Estonian Ambassador to Latvia Arti Hilpus who stood in for Estonian Prime Minister Juri Rattas who was unable to attend as his aircraft could not land at Riga Airport because of bad weather and returned to Tallinn.

While discussing a number of topical issues with his colleagues, Karins concluded that the list of the Baltic states’ common interests was much longer than the list of issues on which the countries’ position differed. The Baltic states have concurring positions on a number of issues, including geopolitical and security issues, as well as talks on the European Union’s (EU) multiannual budget beyond 2020, transatlantic relations, the UK’s withdrawal from the EU, etc. After the meeting I have concluded that Baltic unity is not only alive but also as good as ever, Karins said.

Lithuanian Prime Minister Skvernelis also said that the talks with the Baltic colleagues reassured him of the countries’ united stance on a number of issues. The Lithuanian premier underlined the Baltic states’ unity in talks on the EU’s multiannual budget with all three countries unanimously demanding a fair treatment of farmers in all member states. The Baltic states are also united in their objections to the proposed reduction of funding to the Cohesion Policy.

The Estonian ambassador to Latvia added that the Cohesion funding is essential for the Baltic states’ major infrastructure projects, such as the Rail Baltica railway project and the Baltic power grids’ synchronization with Europe.

The Baltic Council of Ministers, an institution coordinating cooperation of the Estonian, Latvian and Lithuanian governments, was founded in Tallinn in 1994.