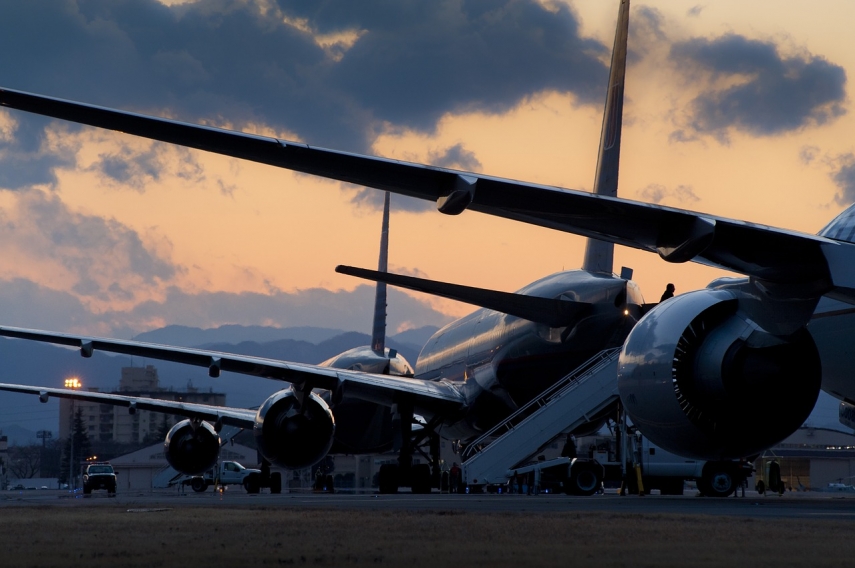 VILNIUS - Global flight cancellations have brought down the number of flights handled by Oro Navigacija (Air Navigation) by around 50 percent in recent days, the board chairman of the state-owned air navigation service company said, adding that a 90 percent slump in operations is expected next week.

According to Dangirutis Janusas, the company's management will revise its 2020 business plan in the next few weeks in the face of major challenges.

"We have a 50 percent year-on-year decline in the number of flights we serve today and tomorrow, and we'll have minus 75 percent at the end of the week and minus 90 percent next week," Janusas said. "We are facing major challenges, because we don’t want to fire people."

"This business is facing a lot of challenges," he added.

Oro Navigacija's management board approved on Wednesday the company's 2019 performance results which the chairman described as "very good". The company has accumulated a reserve that will be used during the crisis period, he said.

Under international regulations, air traffic control companies share the risk with airlines, and Oro Navigacija expects to recover lost revenue within two years. However, is unclear whether hard-hit airlines will be willing to share profits in the future, according to Janusas,

Oro Navigacija CEO Mindaugas Gustys told BNS on Monday that they expected the situation to sharply worsen this week amid flight cancellations by Air Baltic, LOT, SAS, Wizz Air and other carriers.