At least 10% of jobs in State Police are vacant 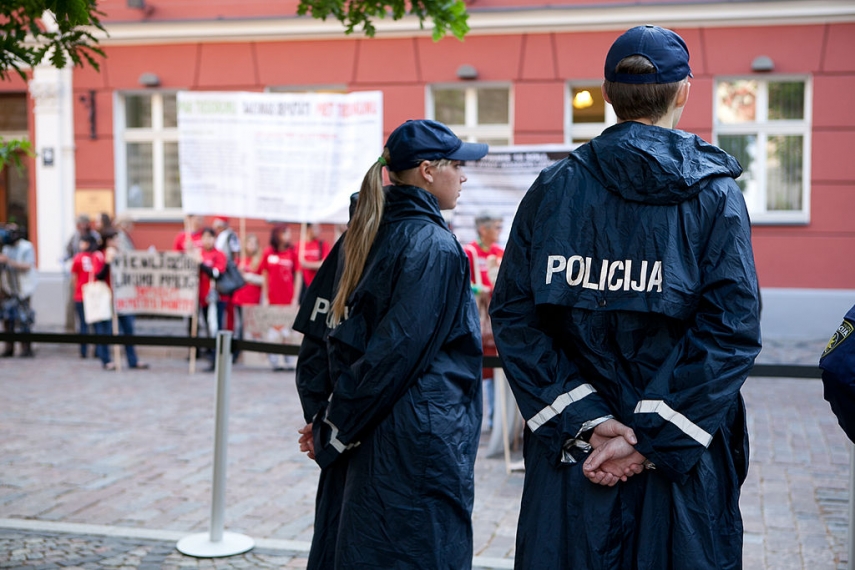 RIGA – At least 10 percent of jobs in the police are vacant, said State Police chief Ints Kuzis in an interview with Latvian daily Diena.

Kuzis did not reveal the number of vacancies, saying that it is restricted information.

The situation differs by regions. For example, there is a sufficient number of policemen in the eastern Latgale region, but there are more vacancies in Riga ans the western Kurzeme region. This can be explained with more job opportunities and larger wages. Kuzis also said that the rotation in the police is high.

At the same time, physical security in the country is at high level. "The security situation in Latvia helps. The risks that other western countries face – terrorism threat, migration – are not as high in Latvia," he said.

The crime rate has been declining since the crisis period. "The number of people in Latvia is declining, and so is the crime rate," he said.

He reminded that the police recruits new people twice a year – up to some 50 people in March and 110-120 people in September. This year more than 700 candidates applied for the State Police College, but it had not been easy to select the applicants that meet all requirements – mostly due to the health condition and physical shape.