As a modern and mature 21st century country, Latvia must develop a forward-looking science policy - Levits 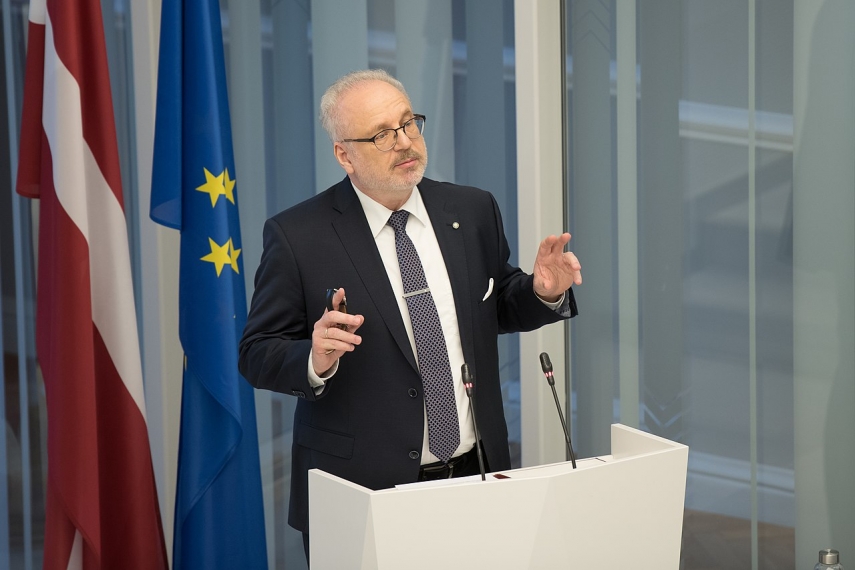 RIGA - As a modern and mature country of the 21st century, Latvia must develop a forward-looking science policy, placing great emphasis on adequate funding for science, technological innovation and improvement of the education system in the state budget every year, President Egils Levits emphasized.

As Justine Deicmane, head of the Media Center of the Chancery of the President, informed LETA that today Levits met with Anita Muizniece (New Conservative Party), Minister of Education and Science, at Riga Castle to discuss the priorities for the sector and future activities.

The President discussed with the Minister his intention to introduce one of the official languages of the European Union (EU) as a second foreign language in schools. According to him, language skills also mean access to the relevant information space.

"As a member of the EU, our people must first and foremost have access to a European space of ideas, discussion and knowledge. Language is very closely linked to our perception of the geopolitical space we are in. The country is shaping its future today, and it is a long-term action, and sometimes we have to be brave," Levits explained.

Muizniece listened to the opinion of the President and agreed that it was a matter of a long-term strategy that should be implemented gradually.

During the meeting, the Minister also spoke about the progress made in implementing the reform of the school network, including the model developed by the Ministry of Education and Science, involving local governments in more efficient management of funding for schools.

The two sides also discussed issues related to the shortage of teachers, raising the prestige and competitiveness of the profession, as well as the process of forming university and college councils.