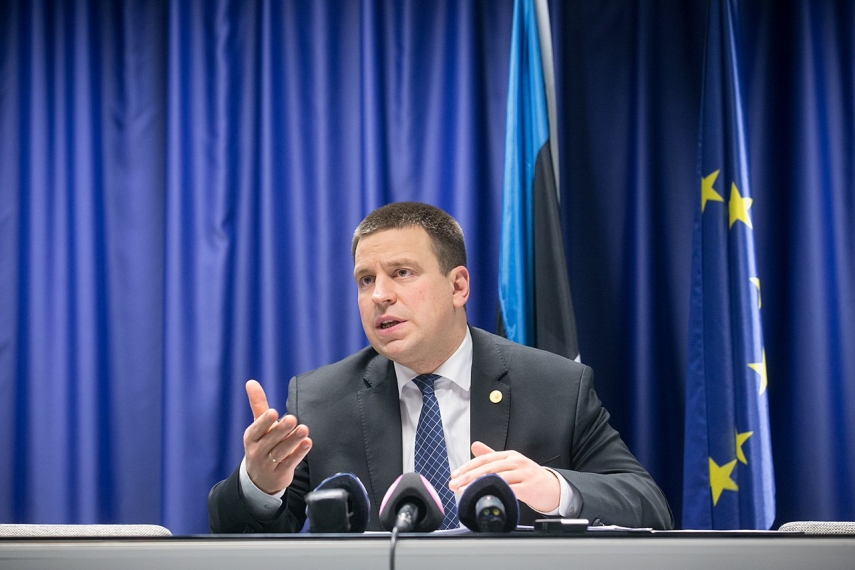 TALLINN - President of the National Assembly of Armenia Alen Simonyan has criticized President of the Estonian parliament Juri Ratas for visiting the town of Shushi (Shusha) in the disputed territory of Nagorno-Karabakh captured by the Azerbaijani army during the 2020 war, the Armenian service of Radio Free Europe/Radio Liberty reports.

Ratas and a delegation of the Estonian parliament embarked on an official visit to Azerbaijan on May 24.

Simonyan told Estonia's ambassador in Georgia and Armenia Riina Kaljurand that the visit and Ratas' pro-Azerbaijani statements made during the visit are extremely concerning.

The president of the Armenian parliament said that Ratas' actions run counter to Armenia's friendly relations with Estonia and the Baltic state's stated support for a Karabakh settlement sought by the OSCE Minsk Group.

"We always follow the actions of the Estonian parliament and attach great importance to any statements or other announcements on issues that are sensitive to us," he told the Estonian ambassador.

Simonyan said that he has sent a letter to Ratas explaining the nature of the conflict and the aftermath of the devastating war of 2020. The president of the National Assembly of Armenia expressed hope that his Estonian counterpart will visit Armenia soon, familiarize himself with the situation in the region and also meet with officials representing Nagorno-Karabakh.

The Estonian ambassador, Riina Kaljurand, expressed hope that she will have an opportunity to discuss the matters in question with the speaker of the Estonian parliament. She relayed an official invitation by the president of the Riigikogu to his Armenian colleague. Simonyan accepted the invitation and reiterated his wish to also see his Estonian colleague in Armenia.

Ratas wrote on Facebook that at a meeting with President of Azerbaijan Ilham Aliyev the focus had been on the Estonian parliamentary speaker's visit to Shushi and that Aliyev had described the complex background of historical problems in the said town and plans to restore the Nagorno-Karabakh region. Ratas also wrote that he had learned that he was the first parliamentary speaker to visit the region.

Aliyev commended Ratas' visit to the Azeri-held town when receiving the Estonian parliamentary speaker in Baku on May 25. The Azerbaijani president said that Ratas had had a chance to see proof of large-scale destruction committed by the Armenians in the said town. Baku itself has been accused of trying to wipe out Shushi's Armenian heritage, according to the Armenian service of RFE-RL.

Earlier this year, the Armenian Ministry of Foreign Affairs sent a note of protest to the United Nations following a senior UN official's participation in an event organized in Shushi by the Azerbaijani government. Reacting to the event, Karabakh's ethnic Armenian leadership accused Baku of trying to use international bodies for legitimizing the results of its aggression against Karabakh.