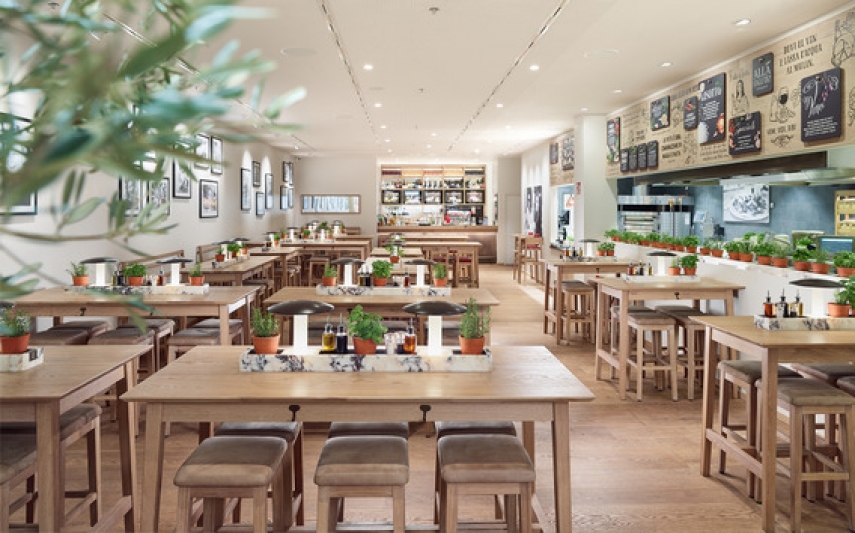 Piano Group has seven restaurants, three of which are located in Tallinn, one in Tartu and Vilnius and two in Helsinki. The latest Vapiano was opened in Tallinn's Ulemiste shopping mall in June. Piano Group's turnover amounted to 12 million euros last year. There is a total of 235 Vapiano restaurants worldwide.

One of the owners of Apollo Group, Ivar Vendelin, said that Vapiano's consumer-friendly concept has made the trademark known as one of the best fresh casual restaurants. "The balance between fresh and healthy nourishment and brilliant Italian cuisine they've created gives them a strong position on today's rapidly developing catering market," Vendelin said, adding that because Apollo has lacked Italian food so far, Vapiano is a welcome addition to the company's portfolio.

"Our plan is to grow and open new Vapiano restaurants in the Baltic states and Finland, with the latter becoming the first Apollo Group business outside the Baltics," Vendelin said.

Gert Kerde, one of the owners and CEO of Piano Group, said he found himself discussing future trends in catering and entertainment in Estonia and the neighboring countries with co-owner of Apollo Group Ivar Vendelin at the opening of the Ulemiste Keskus. "We quickly concluded that Vapiano would go great with the various concepts of Apollo and that a mutual expansion would be the most sensible course. The agreement, one of the sides of which is Vapiano headquarters as the franchise holder, was made quickly after a solution everyone found to their liking was found. I eagerly await the chance to realize our ambitious plans for expansion," Kerde said.

CEO of Vapiano Franchising Internationale Nick Schapira said that this is a really exciting deal for all involved in the Vapiano business and marks the end of a highly successful franchise partnership with the Piano Group in Finland and the Baltic markets. "Together with Vapiano the Piano Group have built a loyal and growing customer base, through a commitment to deliver fresh food and a great customer experience. The Apollo Group represent the perfect franchise partner to continue deliver these to our wonderful customers. We are perfectly aligned with Apollo in our shared values and guest-centric approach, when these are combined with new growth plans in the markets, it means that there are exciting times for us and our customers in the future," Schapira said.

The transaction needs to be approved by the Estonian Competition Authority.

Through other companies, UP Invest also owns news agency BNS.